The Handke Project: “Peter Handke is a product of the times in which we live”

You are here:
kosovoserbia
Features 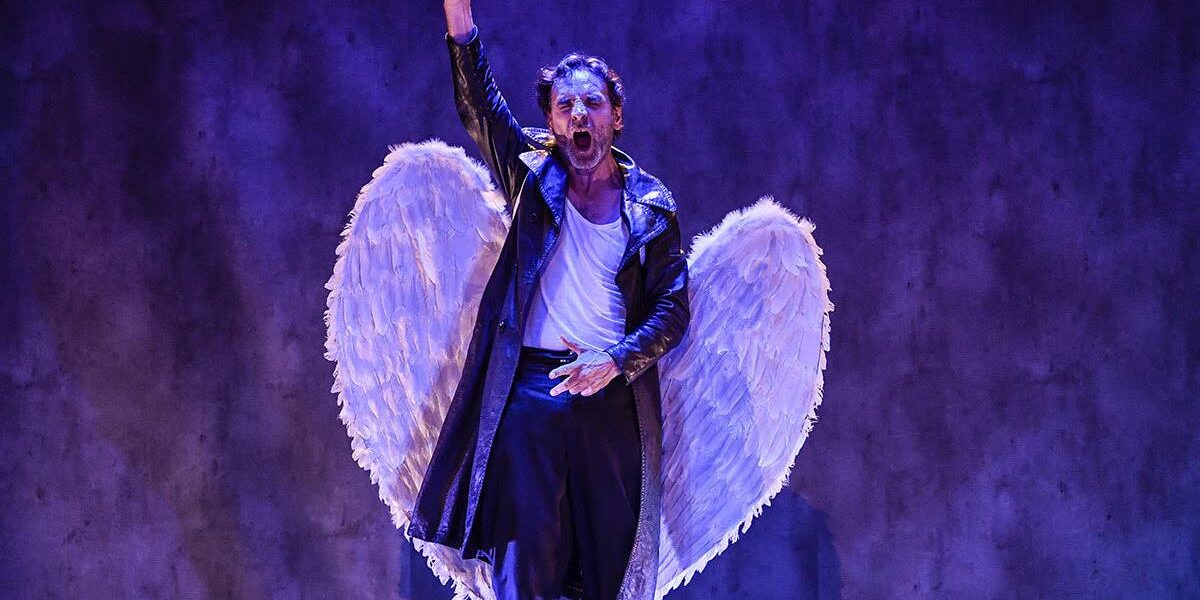 A new play exploring the controversy surrounding Austrian writer Peter Handke’s Nobel Prize win and what it says about artistic responsibility opens in Kosovo this week. Borisav Matic talked to the cast and creative team.

Imagine this. The year is 2045 and the Swedish Academy is shaken by a scandal – they have given the Nobel Prize in literature to an Austrian writer who publicly supported Vladimir Putin, gave a eulogy at his funeral and claimed during the Russia-Ukraine war that the “Ukrainian Nazis in power” were murdering their own civilians while falsely attributing the atrocities to the Russian military.

In light of the Academy’s controversial decision, many cultural workers and politicians defend the writer, saying that his support for Putin is just a brief deviation in his life and work and that his novels will be remembered for their “pure aesthetic beauty” and “tender introspective inquires of the depth of his soul.” One member of the Swedish Academy notes that the writer will be remembered “just like Beckett, as one of the obvious choices the Swedish Academy ever made.”

If this seems far-fetched, think again. In 2018, the author and playwright Peter Handke –a vocal supporter of Slobodan Milošević and a denier of war crimes committed by Serbia in the 1990s –won the Nobel Prize for literature. Cultural figures across the political spectrum – from hardcore conservatives to radical leftists like Elfriede Jelinek – supported the decision and praised Handke.

This controversy is the starting point of The Handke Project, a show that Kosvo’s Qendra Multimedia is developing with a pan-European artistic team. The show will premiere at the Oda Theatre in Prishtina on 3rd June and tour Europe during summer and autumn. The show aims to use Handke as a case study to critically analyze the relationship between artistic freedom and social responsibility.

Jeton Neziraj is the author of the play, while Blerta Neziraj is directing the show. Both of them are acclaimed in their respective fields – playwriting and theatre directing, respectively – but they are also life partners and often work together. They note that they are using the controversy around Handke’s Nobel “as a jumping-off point to explore how art is appreciated and promoted when it crosses the boundaries of basic decency, humanism or ethics. Can we create art without being insensitive? Can we separate the art from the artist? Can art be immune from the social and political worldview of the artist? These are among the important questions that we are asking through this performance.”

Peter Handke came to literary prominence in the 1960s as a writer of provocative and absurdist plays that broke theatre conventions. He later became famous for his works that explore the limitations of language and thus of the human experience. He then started writing novels in a deeply personal tone where a narrator is intertwined with the author, at least in an autofictional if not in an autobiographical way. Proponents of Handke argue that these are the qualities that make his work worthy of the Nobel and that his unapologetic support of Milošević and other Serbian war criminals should be seen separately from his literature.

Ejla Bavčić, an actress and ensemble member of the National Theatre Sarajevo who’s performing in The Handke Project, says that she read two of Handke’s books and that she finds his literature unappealing. She keeps that fact separate from his reactionary political views. For her, the Handke conundrum comes down to the question of basic values and how much we are willing to justify inhumanity for the sake of someone’s political interest. “Even if I liked him as a writer, I would think that what you are as a human, and then as an artist, unravels yourself and show who you really are at some point in your life,” Bavčić notes.

But the claim that Handke’s literary work is separate from his political views is complicated by another fact. Six months after Ratko Mladić’s military committed genocide in Srebrenica, killing more than eight thousand Bosniak men and boys, Peter Handke went on a journey through Serbia aiming to prove that the country is wrongfully portrayed by the West as a perpetrator of war crimes. His experience from the trip was published in the book A Journey to the Rivers: Justice for Serbia, a publication that – described in contemporary journalistic language – reads like a fiery long-form opinion piece with no fact-checking. 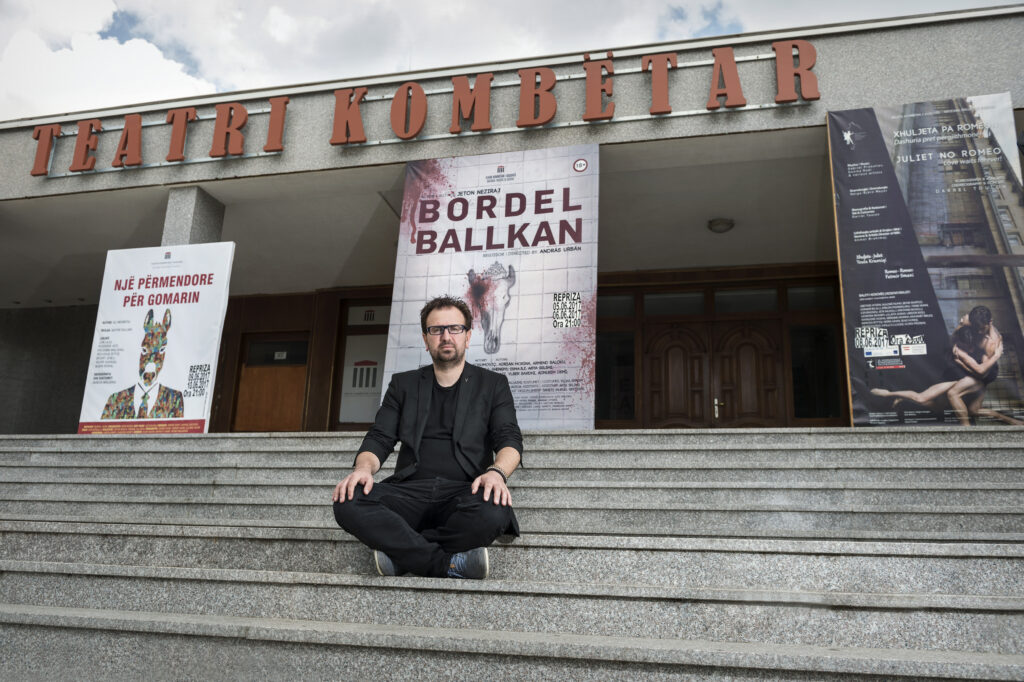 Jeton and Blerta Neziraj say that Handke is a writer who had trampled on the limits of basic human dignity. They use an example of his writing from A Journey to the Rivers: “all too many of the reporters on Bosnia and on the war there … are not only proud chroniclers, but false ones.” They also note that “in addition to denying Srebrenica, he publicly suggested that the Muslims of Sarajevo had massacred themselves and then blamed it on the Serbs.”

“Out of all the thousands of brave Serb men and women who opposed the war, who struggled for a normal and democratic Serbia, Handke chose to promote and elevate Milošević, Mladić, Kusturica, Karadžić,” Jeton and Blerta Neziraj continue. “Therefore, Handke is the greatest insult to Serbia. We believe that Serbian society must be de-handkesized, in order to prosper and be able to look openly at her past and at the crimes that have been committed in her name.”

Arben Bajraktaraj, an Albanian actor from Kosovo who lives in France and is also part of The Handke Project’s cast. He says that “the project itself is not only about Handke, it’s about what’s going on in Europe and what became really popular – the symptoms of genocide denial. It’s becoming trendy to put confusion on every fact. And while reading Handke, I was surprised to discover that he is at the core of those techniques of denial.”

Bajraktaraj says that he forced himself to read A Journey to the Rivers as preparation for the work on The Handke Project and that he noticed that “he is a very perfidious propagandist. He is using very specific techniques. We are not questioning why he is like that, why he is doing that – this belongs to him and the people who believe him – we are just working on how he does it and how others are copying him. He is a very good model for the others.”

Jeton and Blerta Neziraj agree that the problem is much bigger than the writer himself: “Handke is a product of the times in which we live. He is no accident. He is the product of rising xenophobia and fascism, racism, and anti-Muslim and anti-refugee sentiment, which spreads its tentacles across Europe. He is the product of the mob that raised their swords aloft for a new crusade.  So, I fear, other Handke-like will follow in the future, if we do not act, if we do not denounce them clearly and without equivoques.”

This question is a burning one today when another war is raging in Europe in the form of Russia’s imperialist aggression on Ukraine. The situation has not only unmasked the support Putin enjoys from some artists from Russia but European hypocrisy has seldom been more visible. “Many cultural institutions in Europe demand from Russian artists to publicly declare their political stance towards the war in Ukraine,” Jeton and Blerta Neziraj say. “A red line is being drawn over all those Russian artists who in one way or another support Putin and the war. And this is hypocrisy; European hypocrisy – to be more precise, as meanwhile, Handke and the European handkists continue to roam freely, even on top of the eight thousand graves of the Srebrenica victims.” 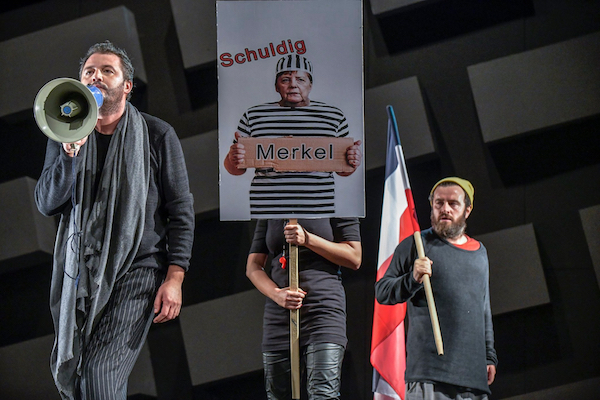 The Return of Karl May. Photo: Atdhe Mulla

But on the other hand, Europe has never been a place of complete justice and equality. There were always divisions among those deemed culturally superior and inferior. And it goes without saying that those “superior” have the right to condemn others for their misgivings while inflicting their own hegemony on others. Not only can a supporter of war criminals be awarded a Nobel in the West, but a big part of the culture is based on ideas that have their roots in colonialism. Jeton and Blerta Neziraj addressed this in The Return of Karl May, inspired by the still-popular 19th-century German writer Karl May whose adventuristic novels stereotypically portray the East as a ruthless and primitive place. It was while make this show they also found inspiration for The Handke Project.

“In fact, The Handke Project was born while we have been working on The Return of Karl May, Jeton and Blerta Neziraj say. “While researching for a scene in which the main character Kara Ben Nemsi meets Peter Handke, in a moment where he is hosting in his house some members of the Swedish Academy, we started to understand how complex and important this “Handke issue” is. We felt that he  deserves some more attention. Also, we feel that in that huge ongoing debate; pro et contra him being awarded the Nobel Prize, substantial issues have been lost and marginalized; at least for the wider audience. And so, we wanted to bring those issues into discussion again, now using theatre as a medium, where Peter Handke too has had a successful career, at an early age.”

“But, if there is something that could connect both shows, this would be the word “hypocrisy”. In both shows, we target European hypocrisy.”

Further reading: Blerta Neziraj – “As a female director in Kosovo, you have to fight constantly.”