You are here:
Hungary
Features 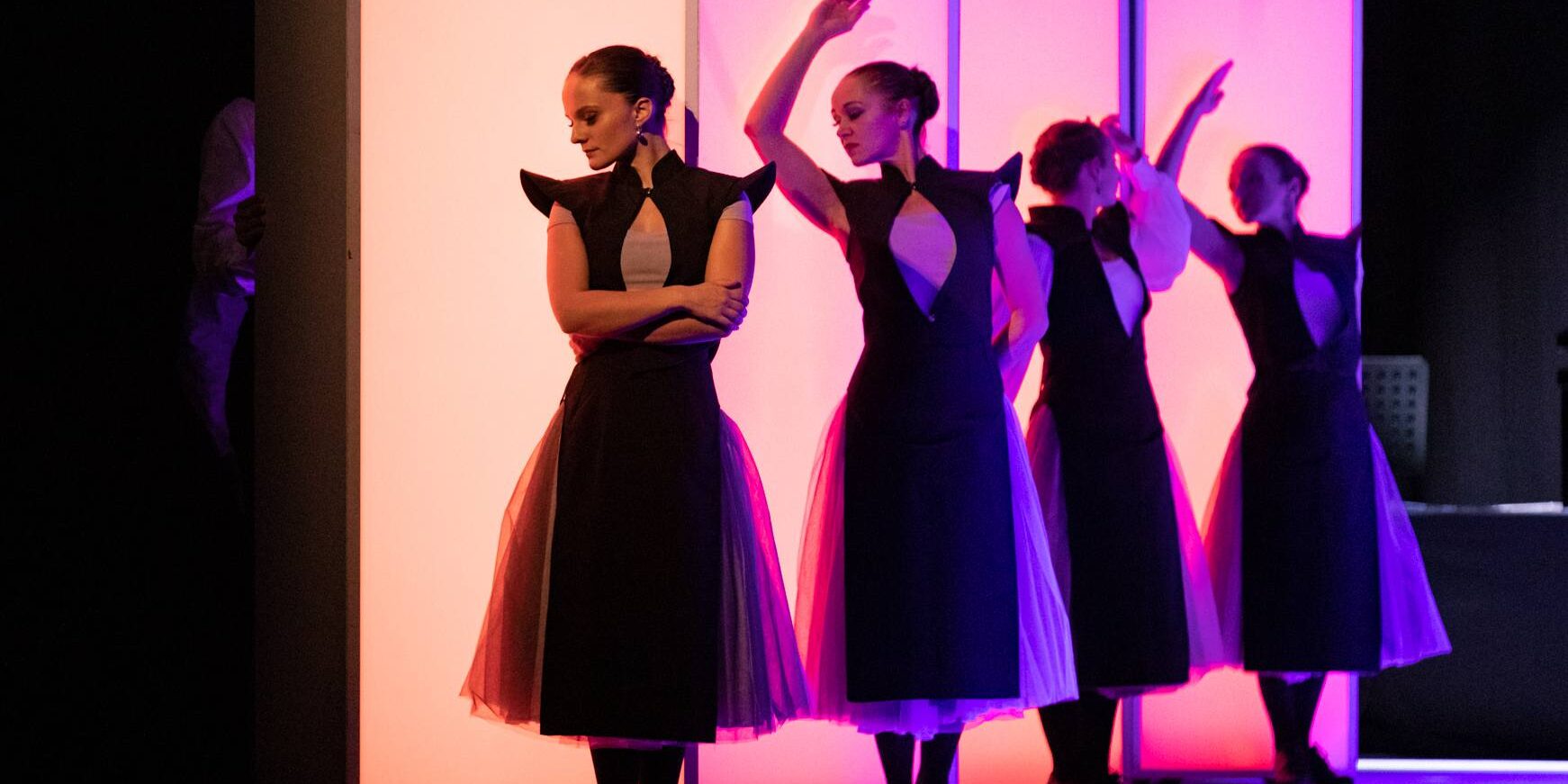 The Hungarian State Folk Ensemble, which mixes folk traditions with modern dance, is bringing a new show to London inspired by the life of Franz Liszt.

It’s a Saturday night in Hungarian Heritage House in Budapest and a dance class is underway. The room is packed with people following the instructor’s moves, the men performing various intricate kicks, the women forming a line and linking arms.

Amateur folk dance has long been a popular pursuit in Hungary and these folk dance halls, known as ‘dance houses’, are a way of keeping alive rural music and dance traditions from Hungary and the surrounding region. There were a wide range of ages and skill levels present – some taking it more seriously than others – and a noticeably jovial atmosphere.

The Hungarian Heritage House is also the home of the Hungarian State Folk Ensemble. Founded in 1951, it was the first professional folk dance ensemble in the country. For 70 years, it has presented work in Hungary as well as around the world, blending traditional and contemporary folk dance traditions. On 3rd June it will present Liszt Mosaics, a piece inspired by the life and music of the Hungarian composer, Franz Liszt, at Sadler’s Wells in London.

Under the company’s current director-choreographer Gábor Mihály, who worked his way up as a dancer in the ensemble, studying under his predecessor Sándor Tímár, there’s an emphasis on making these traditional forms feel fresh and contemporary. His work is not just about preservation, but also about interpretation. He works closely with his dancers and is alert to the fact that tradition means different things to different people. “We talk about what we need to keep and what we need to put away because it’s no longer useful,” he explains. Though it draws on the past this is work for a 21st century audience.

They create around 10 shows a year, some with a more traditional focus, others more contemporary in tone, all drawing on Hungary’s cultural heritage. It’s this focus on heritage that makes the work stand out, he says. “We can only be unique if we follow our own traditions and convey our cultural heritage. Then we can be different from other nation’s dance companies.” Liszt Mosaics will use music, dance and song to explore three facets of Liszt’s life. Liszt as a Hungarian, a virtuoso, and, in later life, a priest. It’s not a biographical show. “There is no storyline,” Mihály says. “We let the music guide us.” Liszt wasn’t a folk composer, but the choreography uses folk dance elements to capture a sense the man who was something of a bohemian, who haunted coffee shops and, in his younger years, was known to be something of a womaniser, as Mihály points out. The male performers get the most flamboyant steps, flinging their jackets across their shoulders, slapping their knees and heels, and generally peacocking around the stage. (In this piece at least, the women’s roles are less showy). The show features music by Liszt himself as well as by Paganini and Chopin, who influenced him, and examples of rural music – another influence.  Mihály ‘s choreography is the opposite of austere. There’s a playfulness evident in it – there is some vigorous air piano-playing – and an exuberance, a wit. “We want to wink at the audience now and then,” he says.

The excerpt we see in Budapest does not fully convey the scale of the piece. The London programme will also feature a number of other folk pieces and will see them joined on stage by the Royal Philharmonic Concert Orchestra and the violin virtuoso Alexandre Da Costa.

The work of the Ensemble is also archival; as artistic director, István Pál Szalonn explains, they have an extensive collection of folklore material from the Carpathian basin consisting of over 1000 pieces. In terms of the performances, however, this material is used more as “a frame.”

Hungary has undergone significant social and political change since the Ensemble was founded, but Mihály  does not feel that fall of the ​communist regime had much impact on the folk dance movement. It has remained as popular as it ever was, he says, adding, “it has perhaps even has increased in the past few years.”

The growth in popularity of the dance-house movement saw people turning “their attention towards their traditions in order to strengthen their roots​.”Not just in dance but in all areas of folk culture: music, storytelling, and crafts. “The vitality that characterised this spirit continues nowadays.” This movement, he says, has been supported by successive governments, “although not with equal intensity.”

In a recent SEEstage interview, the director Andras Dömötör spoke of the way Hungary’s ruling party was using ideas of national identity – of Hungarian identity – to stir up division. It’s necessary to think about where and how tradition-keeping sits in terms of Viktor Orban’s nationalist and anti-immigrant, exclusionary rhetoric, especially as, days after our visit in April, Orban’s Fidesz party won another landslide victory.

But the mood in the dance house on a balmy spring evening is buoyant. It’s a vivid illustration of how traditions are being maintained, not only to keep them from being washed away by time, but to ensure they remain in the culture, part of life.

Further reading: Andras Dömötör: “We need to steal back our nationality”