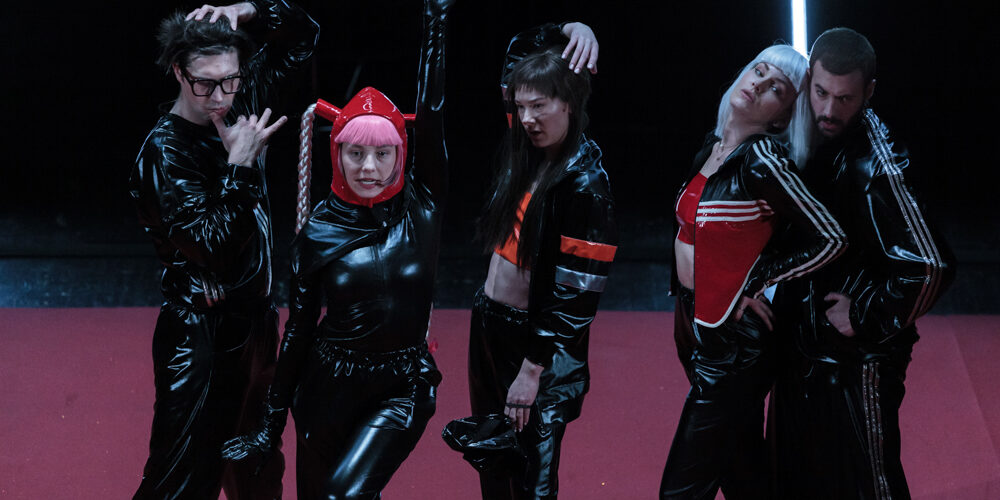 Paradoxically, we can often be unaware of the things we know. There are ways of social functioning that are so widespread that we do not even recognize them as pat of a system that governs our actions and thoughts: in the office, for example, or in bed, or in the supermarket or at the family dinner table.

Via a series of sketches, Birch explores typical situations, but with a specific twist. For example, a female worker makes a request of her corporate employer to no longer work Mondays. There is nothing unusual about that, except that her request is not a strategy to secure better working conditions. She doesn’t need a relaxation room in a business complex. She does not demand a higher salary or a raise. She just wants to sleep longer and rest more, to walk her dog, to have more autonomy from her business obligations. The corporate-capitalist ideology cannot understand that demand because it is not defined by the goals of consumer society or the vocabulary of the business world. In this conversation, it becomes clear to what extent the common logic of modern capitalism determines our destiny and the way we spend our time.

Birch writes strategically by combining opposing ideas (the corporation against the individual), but she also uses the technique of role inversion (a woman who uses male rhetoric in a sex scene), by showing radical rebellion (the rejection of marriage and reproduction) or by accumulating motives (a flood of everything that may become a trend in the digital sphere of social networks). Each scene is introduced with a title, an injunction: change your language, do not marry.

Birch’s play is written in a way where little is fixed. No characters are assigned to speak specific parts of the text. The number of cast members is not strictly determined. The piece can be performed in a traditional dramatic way where characters are defined, but it is also possible to experiment with the text, to find collective, choral and stylized solutions for staging the play. 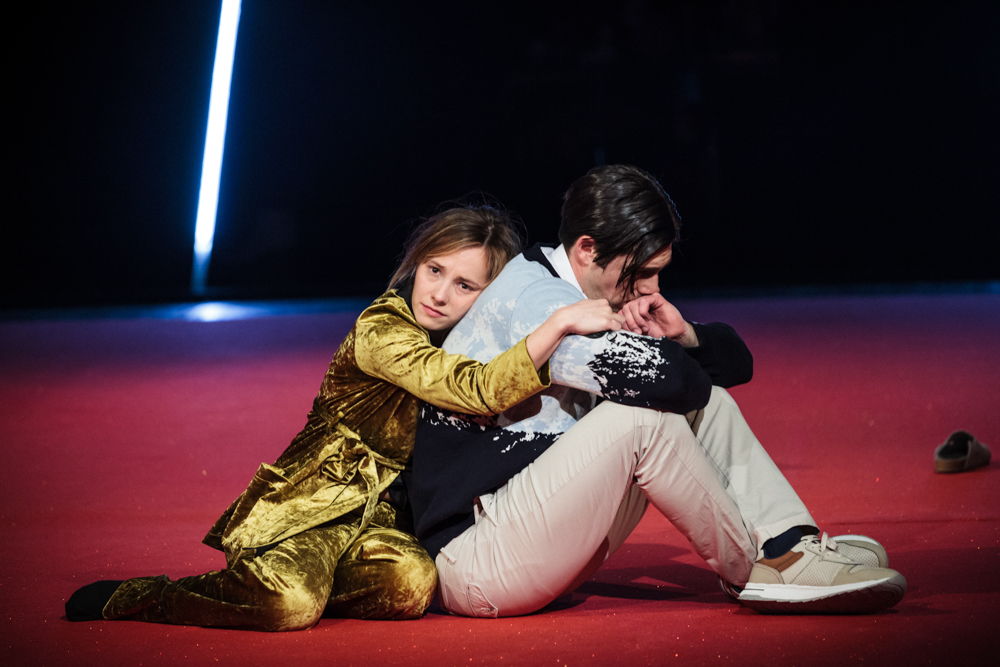 In Atelje 212’s production, director Jovana Tomić and dramaturg Dimitrije Kokanov have opted to stage the play in a more traditional form, in a manner in which theatre artists in Serbia feel safe. As a result, the production can feel uneven and confused. In the scenes where they successfully establish character and conventional dialogue, the authorial team produce well-directed and performed skits with clear meaning, but this is not always the case.

The actors perform in an almost empty space, with costumes that are suitable for each individual situation: business suit, work uniform, pyjamas (costume: Selena Orb. Scenography: Jasmina Holbus). However, in some places, the text strongly resists such an approach, so the authorial team resorts to visually radical solutions. In the cyber section, there are black leather and nylon costume that reflect the neon lights.

The play is performed on Atelje 212’s main “Mira Trailović” stage, but these interesting dramatic miniatures feel more suited to the smaller space. On the other hand, a later scene of female psychological violence that repeats itself through generations of a family is performed on a unnecessarily large piece of moving scenography that represents a garden. These scenes are so stylistically different, they give the impression that they were directed for different performance spaces and, as a result, they end up feeling disjointed. The play gives more of an impression of confusion than a coherent critique of capitalist-patriarchal ideology. Tomić rounds off the play with a sincere monologue performed by the excellent Ana Mandić about the stress produced by our crazy modern world, but due to uneven preceding fragments, the finale is not as convincing as it could be. The costume and make-up changes take place on stage with the presence of a make-up artist at the back of the stage, but this concept remains insufficiently developed. We can only speculate what the director wanted to achieve with such a choice, because it’s hard to see. Perhaps it is a way of making visible the labour of other professionals in the theatre, or to show us a world full of lies and covered in make-up. It’s difficult to tell.

One of the main strengths of Revolt is the acting. The talented young actors approach their roles with inspiration and dedication. Ana Mandić stands out in her every appearance with her authentic charisma and the unobtrusive variety of her acting. She masters the change from a calm worker who almost shyly requests to no longer work on Mondays, to an authentic, confessional expression of a modern woman. Tamara Dragičević and Aleksandar Vučković also excel in the roles of confused supermarket workers who are not sure if they can address a problematic customer angrily or if they must apply the rules of polite communication to her as well. Jovana Stojiljković is striking in the role of a girl who refuses marriage and a relationship in which she needs to subordinate to someone, while Uroš Jakovljević humorously portrays a corporate worker deep in confusion. It is the quality of the ensemble which elevates the production.

Further reading: review of All Adventurous Women Do at Atelje 212