All Adventurous Women Do 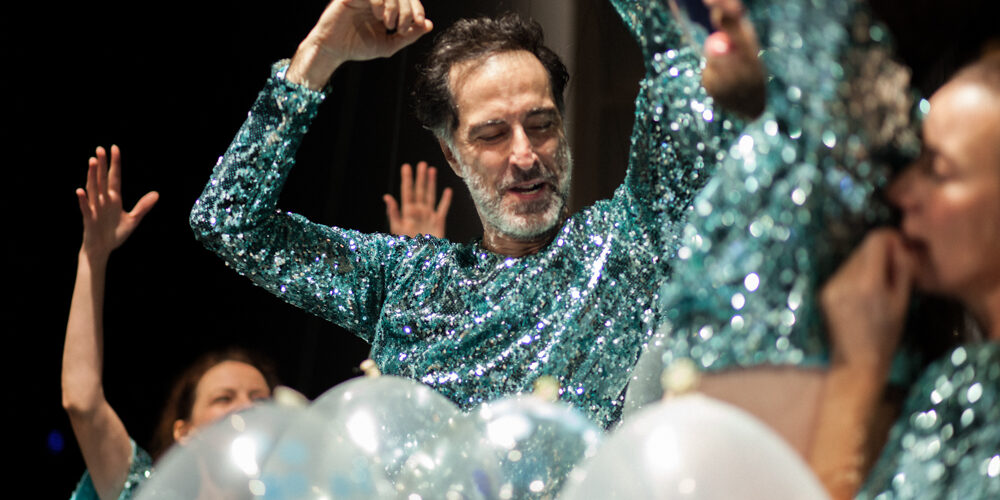 There are some stories from real life that immediately suggest themselves as a potent subject for a stage play. Such is the story from 2014 of a so-called “collective pregnancy” in Bosnia and Herzegovina when seven 13-year-old girls returned from a school excursion pregnant.

The girls faced judgment and even repulsion from almost every part of society – their parents, teachers, doctors, the church, and the media. They were silenced and treated as if it was a moral failure on their part that they didn’t receive sex education or access to adequate reproductive health care. They did not speak about their situation in public, but seemingly everyone else spoke about them.

Several years ago, Tanja Šljivar – one of the most-performed mid-generation playwrights in Serbia – embarked on a mission to right this injustice. She wrote a play All Adventurous Women Do based on this true story and presented the entire event from the perspectives of the seven girls. The final fictionalized narrative is less about the incident itself but more about the complex inner lives of the girls and their struggles to keep up with the repressive, murky world. The events of the play are presented from subjective and poetic points of view, while toxic and prejudiced adult characters are mere footnotes in the girls’ monologues.

All Adventurous Women Do was staged for the first time at Deutsches Theater in Berlin in 2018, directed by Salome Dastmalchi. Although that show had its own qualities, it felt more like curiosity from the Balkans than a show that could have had deep resonance in metropolitan Berlin. This second iteration of the play at Atelje 212, directed by the Bosnian director Selma Spahić, has brought the story back to the region where it originated. 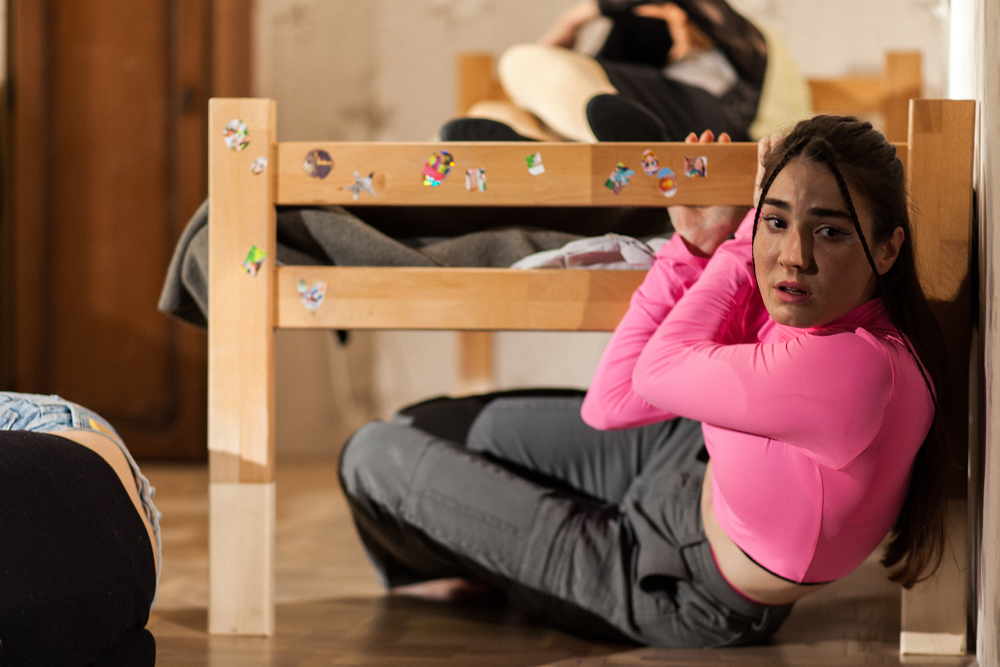 Šljivar’s text is complex. The play is primarily based on monologues of the seven protagonists and episodic characters often pop up in the protagonists’ narration. But what makes the play especially complex is the use of unreliable narrators. The playwright refuses to reveal the secret(s) of how the girls became pregnant – and so do the characters. This might be because the ways they got pregnant are simply irrelevant, as long as the sex was consensual – after all, these 13-year-old girls got pregnant because there was no adult to teach them about sex.

Selma Spahić, while directing, focuses most of her energy on her work with actors. She manages to find in each of them the spark that gives liveliness to their characters, a blend of teenage anger, helplessness, naïve desires and confusion. Each actor gets their own chapter that’s dedicated to a particular character among the seven girls and all of them have interchangeable roles in the other chapters or are at least part of the choreographed mise-en-scène (choreography: Ana Dubljević).

There is no clear gender division in the roles – the seven girls are also played by two male actors – and the performers range in age from the very young to middle-aged. This fluid approach to casting reflects the free, fragmentary and associative structure of the play. 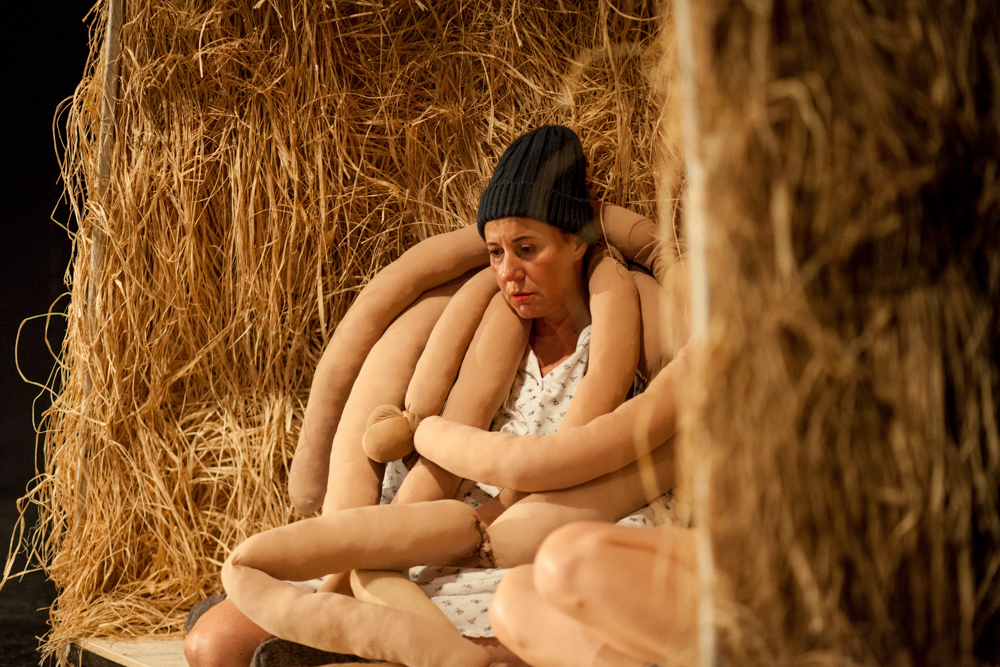 Spahić reminds us that this is a performance about Gen Zs through some formal artistic choices, like the projection of a character’s live stream on a wall (video: Staša Bukumirović). And the performance itself ends with a projection of a video of actual teenage girls sitting in a bedroom and looking straight at the audience, while the door closes Godfather-style and leaves them trapped inside. The fact that Taylor Swift’s 22 plays during the performance and the actors dance to the song, only reaffirms this direction.

But unlike usual teenage stories, All Adventurous Women Do is deeply dark and even morbid at times. It is a tale about seven girls who are completely abandoned, not just by their parents or the educational system, but by the whole adult society. In the end, they have nobody left to truly care for them but themselves –society cuts them off from public life and they end up together in a private sphere, in a bedroom.

It is really hard to qualitatively examine this kind of pessimism, especially since it’s based on real-life events. On one hand, it shows the dangers of a society where sexual health is a taboo. On the other, there is a sense that this distressing narrative stigmatizes young women and may give them an idea that, if they want to be sexually liberated, they may indeed get punished.

Further reading: Tanja Šljivar interview: “Laughter is a natural response to the absurdity of the world.”