Migration Diary: In search of Strindberg 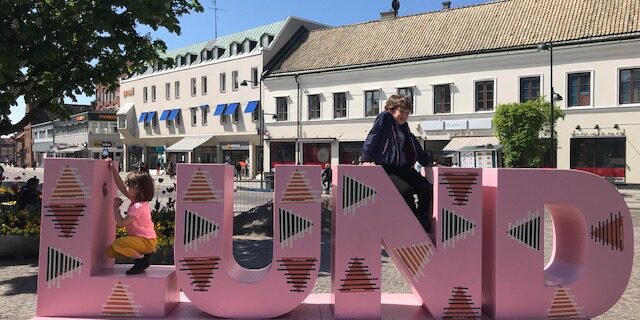 In the third chapter of her series about relocating to Sweden, Duška Radosavljević Krojer explores her new home city of Lund.

‘Why and how have I been driven to settle in this small university town, notorious as a place of relegation or penance for Uppsala students, who partied too much but for their money and health?’ (Strindberg’s Inferno)

We had not heard of Lund until the prospect presented itself to turn ourselves from Londoners into Lundoners. Then we found out that, being Sweden’s answer to Cambridge – or ‘the second oldest university city in the country’ – the place is well known in academic circles.

Some years before the foundation of Lund university in 1666, the southern Swedish region of Scania was Danish territory. A direct railway line to Copenhagen via the Oresund bridge erected in 2000, now testifies to this historic connection. It takes only 45 minutes to get from Lund to Copenhagen airport and 50 minutes to Copenhagen central. Lund is also the quaint and sophisticated neighbour to Sweden’s third largest city Malmö (itself glamorously known as ‘Sweden’s crime capital’). It is home to Lund Cathedral, and the oldest secondary school in Scandinavia – Katedralskolan – and for this reason, it also reminds me of another one of my former home cities, Canterbury.

Since leaving home aged 19, I have lived at 13 addresses in seven British cities (not counting several temporary abodes in Edinburgh for the month of August between 1998 and 2010). Although I do long to grow roots somewhere, over time I have accepted my peripatetic fate and learnt to appreciate that every place has a part to play in the unpredictable script of my life. The grit of the northern English cities of Leeds, Wakefield and Newcastle was foundational in putting my inner self back together after the disintegration of my birth country; Stratford upon Avon – a naïve and brief attempt at getting to the heart of Englishness; in Bristol I got close to feeling at home but found it hard to stay put for too long living among the seagulls in the Victorian rooftops of the city centre; in Canterbury, I resigned myself to a spell of self-imposed monasticism and solitude in the interest of producing some academic points-bearing books. Then came London, the unlikely and unexpectedly perfect – in some ways – place to raise a family…

What was Lund, this place I’d never heard of, going to mean to me?

When we set out, the Covid pandemic was still in full swing, and my inner oracle urged me to look out for signs. It was late March, and all the colours were heightened because we were out of isolation and encountering the real world. And the first thing I really saw in this new place was endless fields of snowdrops and violets, the proverbial first signs of spring! Then the snow fell at Easter, and I had no idea what that meant.

I walked around the city where, except for the first signs of spring, nothing was quite familiar enough. There were small buildings and cobbled streets here that looked like film sets for 1940s movies, never to be seen in real life anywhere else in post-WW2 Europe. Contrary to anywhere else in the world at that time, people whizzed past us here unmasked, sometimes even coughing loudly. 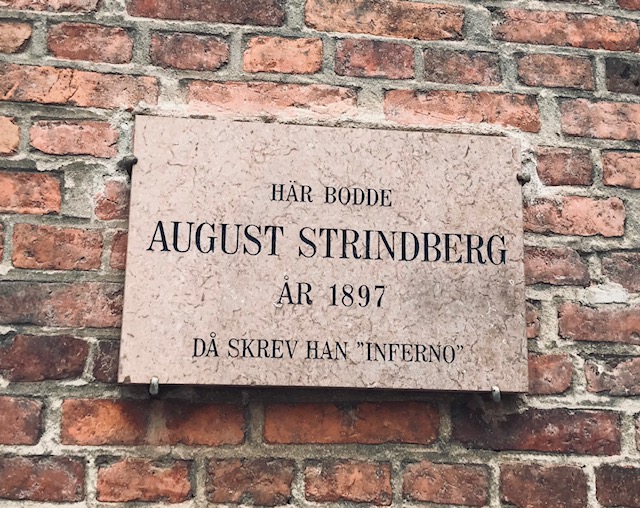 We lived on a street named after a Swedish scientist which led all the way up to a neatly arranged Botanical Garden, the place where the university part of the city meets the mercantile quarters, in which the students partied daily, by listening to music, having picnics and playing games – with surprisingly little alcohol involved! Back in Canterbury, I remember not being able to sleep at weekends due to student drinking competitions named ‘The Rampage’ and ‘The Carnage’. Then, on one of my first wanders around the town I stumbled upon a house with a plaque that said: ‘August Strindberg lived here’. ‘Oh, here’s someone I know, that must surely be a good sign’, I thought! But then it said: ‘and wrote Inferno here’. As it turns out, August Strindberg lived in Lund in the period 1897-1899 – at quite a number different addresses too as it happens. Here he famously wrote his tortured memoir as well as parts of To Damascus and several other plays and prose texts, some of which even document his impressions of Lund’s Botanical Garden. This was a transition period for him following the break-up of his second marriage and a psychological crisis, possibly related to a period of opiates’ abuse during his time of exile in Paris and Berlin and his interest in the occult, all charted in Inferno itself (which, I have decided after some deliberation, I will not be reading any time soon).

In Lund, Strindberg also celebrated his 50th birthday, at the house of the local journalist Waldemar Bülow, originally located in Mårtenstorget, and now replaced by a shopping centre where we used to buy our groceries in the first months of our living in the city. In Lund, I am getting close to the prospect of potentially celebrating my own 50th birthday one day too, hopefully with considerably less horrendous soul-searching involved in the meantime. Though one never knows; middle age is certainly a hell of some sort.

Writing this as we slowly but surely dive into the dark depths of Swedish winter, it is too hard to hold onto those early promises of spring-like renewal. But Sweden has, as we’re discovering, its own answer to Danish hygge, called ‘mysa’ or ‘mysighet’ – meaning ‘to be cosy’/ ‘cosiness’. Comfy clothes, comfy throws, comfy refreshments, comfy balconies, comfy interior design, comfiest beds in the world! Looking back on it now, my early days in Lund were also marked by a newly discovered appreciation of His Highness the Mattress, and particularly surprisingly the one found in our rickety rental accommodation serviced by our Polish landlord in which three other pieces of furniture broke in the period of a few weeks. I slept with such previously unknown gusto in this second-hand bed, and then I heard that I was not the only one – that there was a well-known phenomenon of the sleeping children established among the population of Syrian refugees coming to Sweden in recent years. Researchers looking into this trend have speculated it is something to do with the children’s response to trauma, but I suspect an additional factor must surely be the Swedish predilection for comfortable beds.

When some time later we looked to buy a new bed for a new flat, we found consumer guidance articles testifying to great amounts of scientific research and even Nobel prize equivalents bandied around in the world of bedroom furniture marketing. Maybe it’s no wonder that Strindberg’s next big hit following the Lund episode was the Dream Play. Now that is something I am looking forward to reading again. 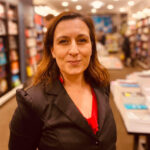