You are here:
serbia
News 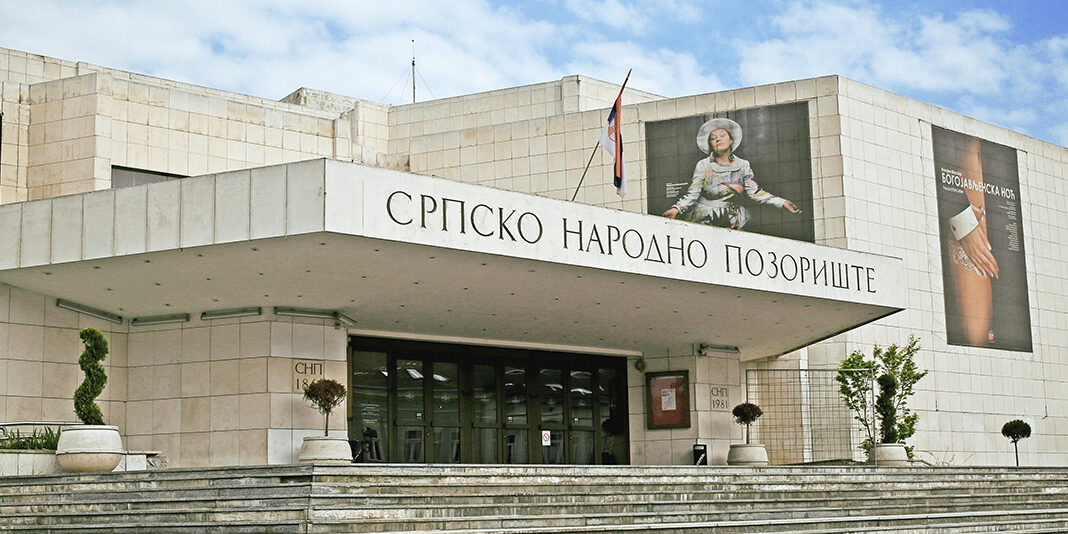 The 67th edition of Sterijno Pozorje, the festival of Serbian national drama, will take place between 26th May and 3rd June 2022 in Novi Sad.

There will be nine performances in the competitive selection and three in “Circles”, the non-competitive international program.

Since its foundation in 1956, Sterijino Pozorje festival has been one of the most important theatre events for national theatre and drama, first in Yugoslavia and then later in Serbia. For a larger part of the 21st century, it had been a festival of national theatre showcasing Serbian performances based both on domestic and foreign texts, but in 2017 it switched to being a festival of performances based only on Serbian texts, both contemporary and classical.

The aim of the new concept is to promote domestic plays, but it also proved controversial since a large part of the theatre scene that bases its work on foreign plays is no longer included in the festival competition.

Milivoje Mladjenović, a theatre practitioner and scholar, is the selector of the festival for the second year in a row. His official competitive selection encompasses four performances based on classical plays, the same amount of shows based on new contemporary plays and one dramatization of a contemporary novel.

Among the performances based on classics is The Choosy Bride-to-Be from the National Theatre in Subotica, directed by Iva Milošević and based on the comedy by Kosta Trifković, a 19th-century playwright.

Favouritism directed by Kokan Mladenović at the National Theatre in Sarajevo also found its way into the selection. The show is based on another cult 19th -century comic playwright Branislav Nušić and the show is an example that performances from abroad can also be presented at Sterijino pozorje if they are based on Serbian texts.

At The Eternal Tap from the Serbian National Theatre in Novi Sad and the Center for Development of Visual Culture is the third show in the selection, based on the expressionist play of Momčilo Nastasijević and directed by Sonja Petrović. And one contemporary classic (from the second half of the 20th century) in the selection is Ljubomir Simović’s The Miracle in Šargan from the Yugoslav Drama Theatre, directed by Jagoš Marković.

The four contemporary plays staged for the first time that are selected for the competition are:
The Years of Crows, written and directed by Siniša Kovačević at the National Theatre in Belgrade; Jelena Kajgo’s Rollercoaster directed by Milica Kralj at Atelje 212; Maja Pelević’s The Last Little Girls, another show directed by Kokan Mladenović, this time at Kosztolanyi Dezso Theatre in Subotica; and Tijana Grumić’s Stains directed by Jug Djordjević at Kraljevo Theatre.

The four performances show a variety of theatrical approaches in contemporary Serbian drama. While Kovačević’s national/nationalistic historical approach continues in The Years of Crows with themes of Serbian suffering during World War I, Kajgo’s Rollercoaster is a comedy with contemporary themes of religion, identity, technological progress. Pelević’s The Last Little Girls deals with themes of society’s pressure on women to have children, while Grumić’s Stains is told from a child’s perspective on polarizing gender roles and the harsh society that enforces them.

The ninth show in the selection is a dramatization of Filip Grujić’s novel The Promiscuous Days
of Well-Hung Jonny that deals with a narcissistic anti-hero that struggles to find his place in society. The show is directed by Jovana Tomić at Ujvideki Szinhaz in Novi Sad.

Besides the official, competitive selection, Sterijino pozorje has a “Circles” program that showcases several international performances. The program had previously been presenting important performances and theatrical tendencies in Europe, but the economic crisis and the Covid-16 pandemic have forced the festival to gradually reduce the selection to nearby regional productions.

This year’s “Circles” will present I’m That I’m Not, a Zagreb Youth Theatre production based on
Mate Matišić’s play and directed by Paolo Magelli; Anchored by the Croatian National Theatre in
Zadar, Elvis Bošnjak’s play directed by Anastasija Jankovska; and My Name is Goran Stefanovski from the Drama Theatre Skopje, a show written and directed by Branislava Ilić.

To find out more about the 2022 line-up, visit Pozorje.org.rs