You are here:
serbia
Interview 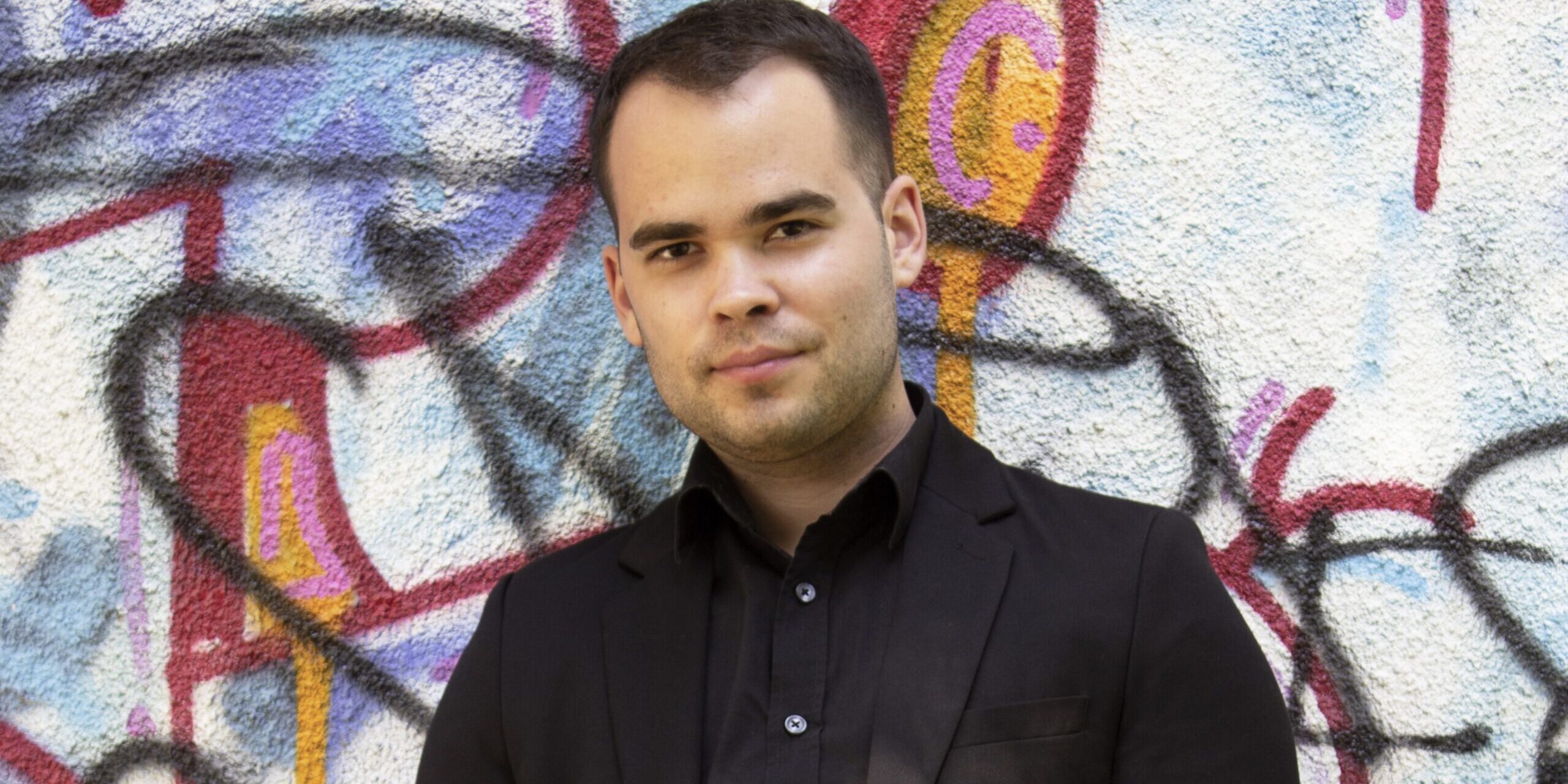 Patrik Lazić’s Our Son has been touring the region and winning acclaim for its honest and poignant depiction of LGBTQ issues. Lazić is also preparing the show 2084, a response to Orwell’s 1984, at BITEF Teatar in Belgrade. Borisav Matić speaks to the director about his approach to theatre, EuroPride and his fondness for emotional storytelling.

Borisav Matić: What is it like to work as an independent young artist in the local theatre scene?

Patrik Lazić:  Uncertain. Just like everything around us. Almost at the level of a hobby. It’s almost impossible to find a director, an actor, a dramaturg whose work on any one theatre performance is the only thing they are doing at the moment. We all have at least two or three jobs in parallel. And that’s what the processes look like, like one big balancing act. Putting together a rehearsal plan is like solving a difficult puzzle.

On one hand, that frustrates you because of the lack of adequate time to make quality preparations, and on the other hand, that gives you an abnormal focus and concentration to do the best you can in that short time. Some endure that better, some worse, some burn out, but considering the situation in which we create, we still protect art from total chaos.

Borisav Matić: Why do you make theatre?

Patrik Lazić : To tell stories that deeply concern me, that affect me, that cause in me an emotional reaction that I then try to spark in the audience. Emotion and story are key for me in theatre. That is unpopular in contemporary theatre [where there is a] dominance of concepts and self-indulgent directorial theatre, but this too will pass. Only dedicated actors, unpretentious writers and unobtrusive directors will save theatre from ruin.

Borisav Matić: Our Son was created as an authorial project and a family drama. We could also call it theatrical autofiction. How did you decide on this format?

Patrik Lazić: Our Son is “the most mine” performance until now, probably one of the few in a career that can be [truly] yours. There are authors who have in them an inexhaustible source of intimate stories, I am not sure if I have something so intimate in me that I have not already shared in this performance. I dealt with my childhood and growing up, analyzed my close relationships and, it seems to me, closed that chapter with a conclusion at the end of the show. Which to some seems like an unfinished story, but aren’t family relationships always like that – unfinished? And I chose the format out of admiration for my fellow film directors who mostly are the full authors of their works and who usually have much more freedom in choosing and creating texts and scripts. When did we decide that theatre should not be that way? 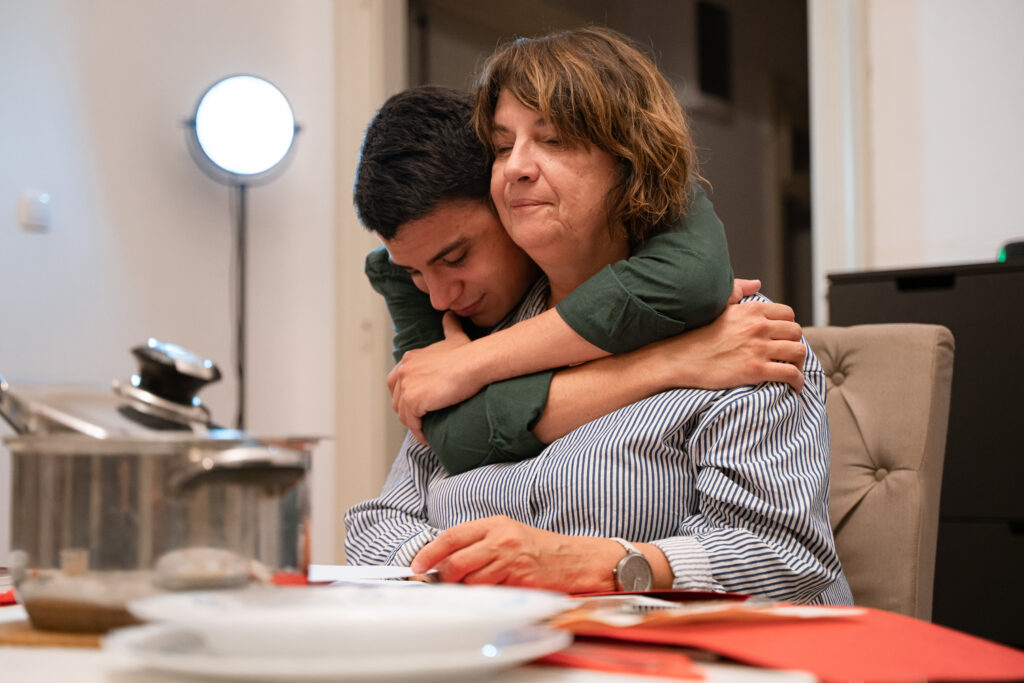 Borisav Matić: Our Son is performed in Belgrade at Heartefact House, in an apartment that has been converted for performing purposes, but even during touring performances, that intimacy is retained. What role does space play in the show’s dramaturgy?

Patrik Lazić: I was convinced that space was everything. And then we left Heartefact House and performed the show on theatre stages, and it turned out that the show didn’t lose anything. That brings us back again to the story about writers, actors and directors. But, unrelated to that, it is a truly unique experience to watch a show at Heartefact House. It seems to me that we created there a small oasis where every performance is an intimate event where sixty or so people watch in close-up stories that are often painful, an oasis that is also a polygon for actors because it requires a specific mode of acting adapted to the environment.

Borisav Matić: Our Son was performed at the Kosovo Theatre Showcase in Pristina, but also in the City Theatre of Gjilan, making it the first Serbian show after 23 years to be performed in Gjilan. How do you feel about this pioneering aspect of your show?

Patrik Lazić: What a tour it was! In a week, we paid a visit to Banja Luka in the midst of Dodik’s madness, with vehicles with huge speakers on the roof blaring “Fatherland is calling”. Then we tour to Kosovo in the midst of the story about [car registration] plates and [Serbs] leaving institutions. And we live our lives with the show, we are happy about the prizes we win along the way, we exchange impressions and we hang out with artists. I’m glad that my show acquired that character, although it’s not the first time Heartefact’s show has taken that step. Two years ago, the show Balava toured in Ferizaj, the first Serbian play to go there after more than 20 years.

Borisav Matić: What role does theatre play in regional reconciliation and in strengthening regional cooperation?

Patrik Lazić:  For me, the role of theatre in regional cooperation is extremely important. That role may not have that much impact on changing social and political narratives because theatre is not mass art, but I contribute as much as I can through my work. Although it angers me that the term regional reconciliation is often misused in theatre. It’s nice when you make a co-production between Croatia and Serbia, I recently directed one of those myself, but it’s not really an excess anymore. I believe that there are really few Serbian or Croatian actors who would refuse to play with each other on stage. But how many Serbian and Albanian actors would agree to play with each other in Belgrade or Pristina? It’s somewhat easy to be brave after 30 years of at least partly resolved relationships, but you have to be brave while the soup is still hot and it can seriously burn you.

Borisav Matić: Our Son was also performed at the Pride theatre festival as part of EuroPride week in Belgrade. Given that the Serbian government tried to ban EuroPride and that the radical right organized mass protests against the event, what was the experience of performing an LGBTQ-themed show in this tumultuous situation?

Patrik Lazić: I consider it a success that in all that fuss around EuroPride, no one questioned the theatre part. There was neither any talk of banning the festival nor was there any excess except for a couple of groups that censed the air in front of the National Theatre. I even found that amusing as a grotesque performance. There were people who came out of the show and commented that the show was far more powerful and brought the entire issue of the LGBTI+ community closer to them than all the televised confrontations over those months. But I won’t go any further, not to give arguments to some people that the festival should be attacked in the future. 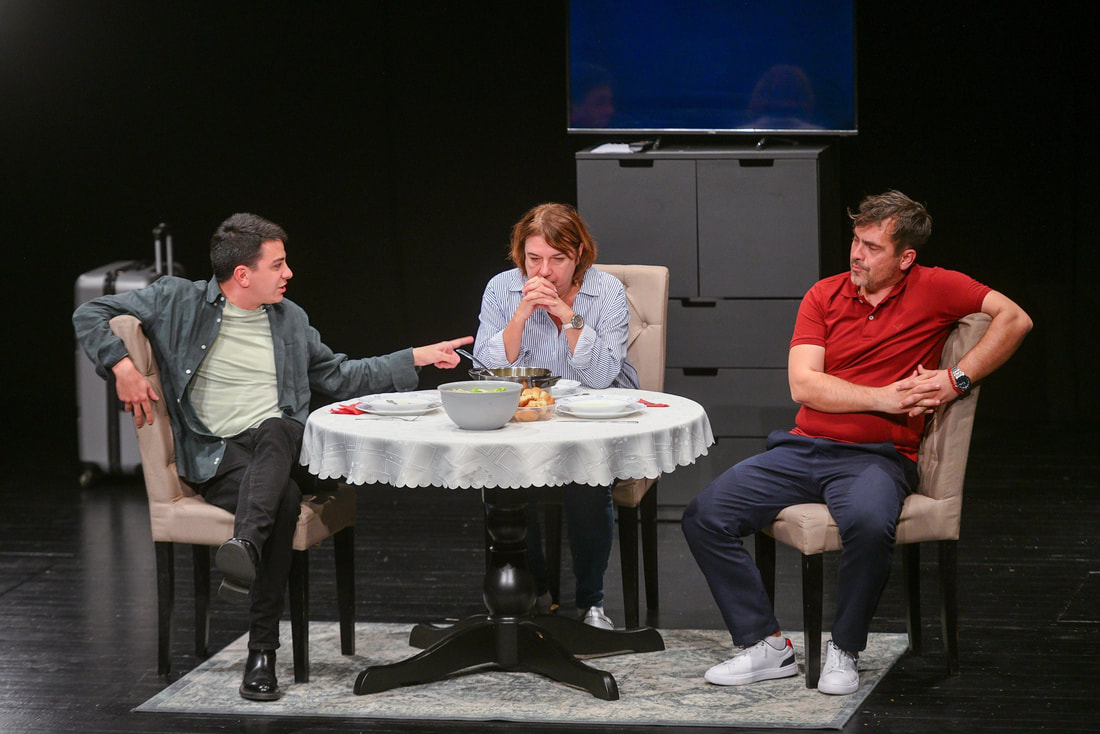 Borisav Matić: Last year, you dealt with the topic of suicide among adolescents in the show All Unhappy Families Look Like Happy Families, which premiered at the National Theater in Pirot. The suicide rate is not only high among adolescents but also a large number of LGBTQ teenagers attempt suicide due to the lack of acceptance by their family and environment. Is there any connection between this show and Our Son?

Patrik Lazić: It could also be seen that way. But it seems to me that the focus of these two shows is different. While Families emphasize the pressure that a young person cannot withstand within the family and peer groups, Our Son talks about a young person who managed to cope with all these pressures and is now a mature and self-aware being who can function independently from families and peer groups. I think that Our Son gives far more strength and hope, despite that the end of the show is the disintegration of the family. We avoided creating a clichéd portrayal of an unaccepted gay son. We reversed the perspective and created a story about the coming of a time when it is no longer important whether conservative parents accept a gay son, but a time when children no longer need that consent. Children now choose whether to accept their conservative parents or not. And only the parents can be at a loss here.

Borisav Matić: Together with the playwright Dunja Matić, you are preparing the authorial project 2084, a response to 1984, at the BITEF Theatre, which will premiere in January. How will it interact with Orwell’s classic?

Patrik Lazić: Depending on how you look at it: directly very little and indirectly much more. We started with the assumption that, like Orwell, we will look fifty years ahead and imagine the country in the future and the way new technologies will accelerate what Orwell wrote about. But the characters and events are completely new. It was important for us to base our vision on scientific predictions, to avoid making some SF that as a genre relativized views of the future and diminished their effectiveness and critical observation of it.

Borisav Matić: In the announcement about 2084 you said the performance deals with the future “which is certain, based on scientific predictions and facts” and that it aims to show a vision of the political situation in Belgrade and the region in sixty years. What are your insights about the future?

Patrik Lazić: Through a lot of research, we realized that many books and films on the subject often offer us either a utopian or dystopian vision of the future and rarely a realistic one. We would like to create something on the border between utopia and dystopia. Because if you’re really going to have a toilet seat that will analyze your urine every morning and monitor your health condition, I guess that’s utopia. But is it a utopia if your parents will be able to continue living with you in the living room even after their physical death? Is it a utopia if you never experience someone’s death?

Further reading: review of Our Son