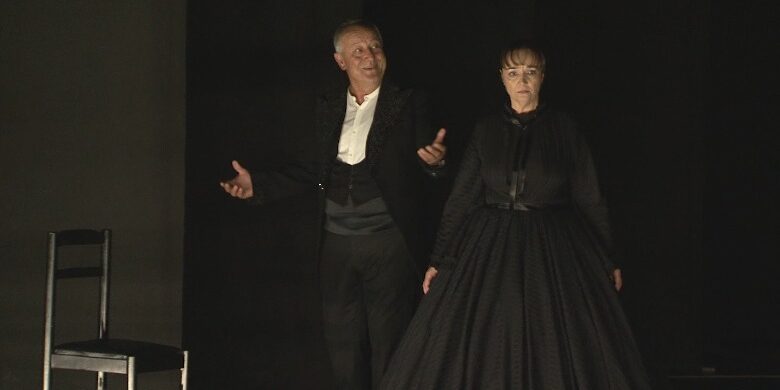 I said the love of my life and I looked at you / I look at you and I think I don’t recognize you anymore!

What happens when love ends? How do two people part ways? How is one separated from the other? What words do they say to each other?

In Love’s End, two lovers face each other for the last time and use words as weapons – like the sharpest knives – as they announce their separation, and the end of their love.

The production premiered on 11th November in Korça, and then had two more performances on 14th and 15th November in Tirana. It’s unclear when it will be performed next. The play was originally created and directed by French writer, director and choreographer Pascal Rambert for the actors Audrey Bonnet and Stanislas Nordey at the Festival d’Avignon in France in 2011. It was very popular and won numerous awards. Though Rambert claims that he wrote the piece with these two specific actors in mind, picturing the way they spoke and moved, it has been performed numerous times since then in different countries with different casts, with versions being performed in Moscow, New York, Zagreb, Rome, Tokyo, Berlin, and Ljubljana. Searching online, I also found an intriguing three-minute video adaptation by Ivica Buljan in which the actor got undressed during his monologue and remained naked on stage till the end.

The Albanian version is staged by the French director Eric Vigner, who is no stranger to Albanian theatre, having staged The Barber of Seville in 2007 and Lucrecia Borxhia in 2017, also in close collaboration with the two performers, Vasjan Lami and Luiza Xhuvani, who are both experienced stage and screen actors.

Rambert’s play consists of two monologues, but the two actors remain on stage the entire time. Thus, they must perform two different sets of actions: one in silence and one through words.

La Boxeuse Amoureuse by Arthur H is playing in the background at the start. The stage is intensely dark with only a long strip of neon at the base illuminating the black curtains and only two chairs at the front end of the stage. Lami and Xhuvani enter from two opposite sides of the stage, both dressed in a beautiful, classical fashion, with Lami in a black tuxedo and white shirt and Xhuvani in a black ball gown. They greet the public by bowing slightly, as if at a ball.

Lami opens the first monologue by announcing that he has already made the decision to separate. He philosophizes more about the reasons for this separation than he articulates the reasons. His monologue resembles an ascending spiral, in which more and more words are shot toward his partner, who stands at the other end of the stage.

The actors use their real names to address one another, and for the majority of the time, they don’t even look at each other, let alone touch each other.

In Xhuvani’s monologue, which is stronger and harsher, you almost lose sight of Lami for a while. It seems as if he is not even on the stage. She conquers this scene as a woman who is ruthless with her lover and deliberately targets his frailty. Her words are raw and carnal. Her monologue leaves no room for doubt – she is hurt by this separation and will take her revenge.

When they are performing their monologues, the actors hold the stage very well, but it seems that, for them, it is less easy to act in the absence of text. There is little sense of communication between them. One would hope that Vigner’s staging would compensate for the play’s lack of dialogue, that the way it is conveyed could create a kind of alternative dialogue, but this is precisely where it falls short since there is a noticeable lack of communication on display (in fact, a lack of communication has always existed in Albanian theatre – and even in Albanian society). 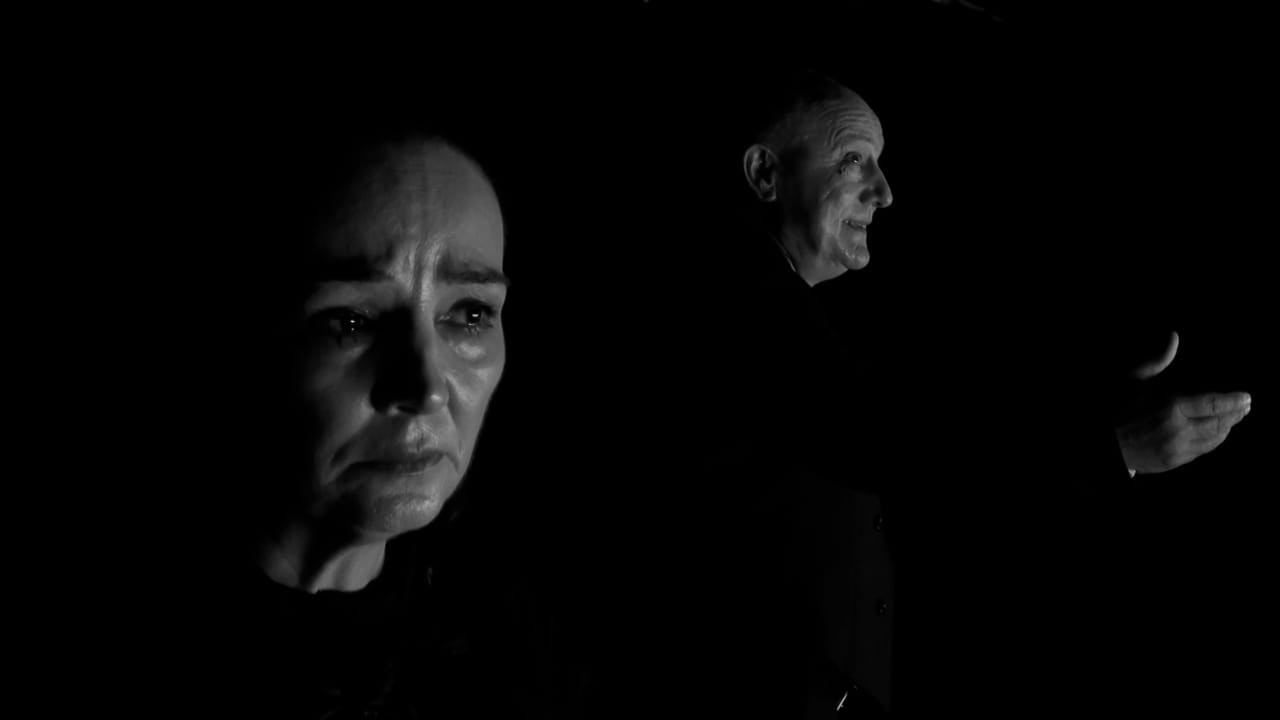 Vigner brings us this breakup – which is supposed to happen behind the scenes, in the dressing rooms, or during rehearsals – and places it on stage in front of the audience and presents it in a classical way. And he does this on purpose.

Personally, this left me confused; I can’t understand why he chose this way of staging the play. It doesn’t feel natural. Throughout the performance, from the start all the way through to the end, it seemed to me that the text did not really fit with the style of the direction or the acting

In an interview, Rambert claims that Love’s End is a play about the personal lives of these two characters. But seeing it on stage, it didn’t feel like I was seeing these two characters in their private lives at all. I would like to see this drama performed in a different way, one that doesn’t have such a noticeable gulf between what’s happening on stage and what’s happening in real life.

The performance can still perhaps be interpreted as a successful transition of the drama onto an Albanian stage, if only in the sense that the transition highlights a weak point of the Albanian theatre: the lack of intimacy. In the end, the show closes in the same way as it opens, with the two actors greeting the audience by bowing slightly, as if at a ball. It was like watching a classical dance taking place within a modern drama performance.