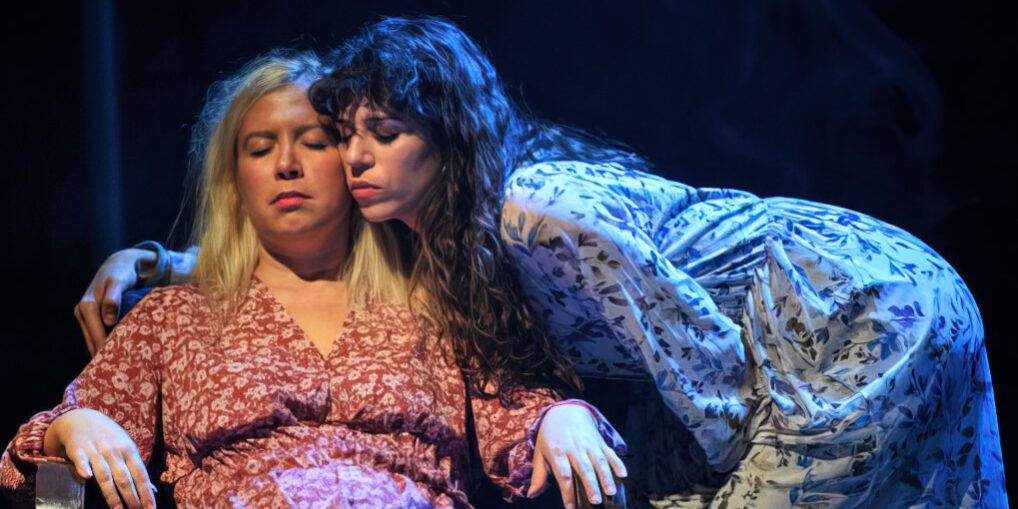 How do we let go of grief, when its bittersweet echo is all that remains after a profound loss, after a loved person disappears and we are left with merely a silhouette we fill with memories, empty hopes and shattered fantasies? As the melancholy drama unfolds on the inside, how can we act out the traumatic event, stage the mourning process in all of its affective ambivalence, in order to reach the necessary distance so that it doesn’t devour us, to truly let go?

The stage is always a liminal space, in which being is suspended between various registers of reality, always enacting, rather embodying, the tension between life and death.

Experiencing a performance in a shared space and time, we breathe together (which is almost controversial during these masked days), we live, grow old, and die a little bit together.

The latest project by dramaturg and director Olja Lozica is a co-production between PlayDrama from Split and Zagreb Youth Theatre (ZKM), a chamber play entitled Disanje (Breathing), centered on a story of love and loss between two sisters, played by Petra Kovačić Botić and Petra Svrtan. We enter the stage of Disanje after the tragedy had already happened, but with the catharsis postponed, the time of the play is the time of trauma: stuck, fragmented, stretched out, circular.

Time passes but doesn’t move forward, the protagonists remain in a standstill, and while we follow their jumps from one temporal point of their lives to another – childhood, adulthood, old age – they never lose a tint of stunted childlikeness, perpetually connected to the days when they/we felt invincible.

We can(not) joke about this.

The play is structured as a sequence of short scenes on a stage inhabited merely by two couches, a coffee table with a vase, and a couple of blankets. Each scene enacts a memory between sisters of a past-present-future that might or could have been, moments big and small that mean the world when a connection we have with another person forms a universe in itself.

Visually, Disanje forms a cozy atemporal space with neutral stage and costume design that seamlessly fits all of the variously aged versions of the characters. Within the scenes, the play tackles, or rather brushes over an array of sub-topics, ranging from domestic violence to abortion and debt. As those themes are introduced out of focus they function as vehicles for sometimes lively, sometimes strained conversations between sisters, seesawing between the dramatic and comic tones the play attempts to balance.

Matko Botić, co-dramaturg of the play, is also present on stage as a performer of original music, playing guitar in the background. The wavy surf-rock-meets-vague-country-sound is a nice auditive filler, but with relatively low ambitions and no internal dramaturgy of the music itself, it doesn’t add much to the performance, neither is it in any way made clear why Botić is at all times visible on stage.

As the sisters/actresses form the axis of the performance, both in terms of topic and main structural and structuring element the play is built on, the third presence on stage of a however gentle masculinity that is neither inside or outside the world of the play, somewhat upsets the tight intimacy of the central duet, and underlines the performativity of the performance, the artificiality of art.

Disanje slides between performative self-awareness and immersion in scenes as distinct miniatures, which forms an interesting ambivalence that unfortunately is not taken far in the performance. The strongest parts of the play are those performed as stylized physical theatre, verbally reduced or completely non-verbal, forming a dense emotional atmosphere in which what is un/said resonates strongly. Unfortunately, those moments are few, as the play fills up with sketches mostly in the realistic mode, that evoke semi-improvisational acting exercises.

Somewhat ironically, Disanje does not let itself breathe in ambiguity, it slips into hyperverbal segments in which everything is made overly explicit, over and over again, and the iterativity only weakens the performative as well as emotional effect. The actresses make their best effort to stay engaged as well as to engage the audience in what is essentially a painful piece on loss and grieving, but the dramaturgy of the play quickly starts to dissipate as it is not compact enough to support its circular theme and structure, nor elaborated enough to keep the audience completely invested.

With a relatively short running time of 80 minutes, the play still seems to be too long, especially with the finishing monologues that extend the duration by merely repeating and ad nauseam pin-pointing the points already made and embodied in the performance.

In the words of Matko Botić from the play’s notes, Disanje is meant to “draw out a complex narrative framework that gradually elucidates itself in front of the audience like a tense thriller”. However, as we are able to clearly assume what the central relationship and conflict is from the outset, there is not much to unfold narratively, and the process of elucidation, in effect, becomes redundant, and does more to hurt than to strengthen the play.

The further Disanje moves away from linearity and realism into spheres of ambivalence and restless disquietude, the play becomes more dynamic and interesting, but as it circles back to explicit pathos and clichés, it loses its momentum.

What if I told you I’ve discovered death? What if I told you I looked death in the eye? As the ending approaches, the sisters move towards a final goodbye, the thread must be severed, the melancholy bind released so that life can be lived freely. But the catharsis played out as a single gesture renders the main points of the play somewhat trivial. Overall, the actresses give a charming and emotional performance that makes Disanje worthwhile, but the play unfortunately does little for the very interesting and saturated premise it embarks from; it reduces its topics to predictable sketches that neither investigate their thematical potential and potency, nor opens up the performative possibilities of the knotted experience of grief and mourning.

Gliding on the surface of depths it merely points to, Disanje misses a significant opportunity to explore the liminality it inhabits, but doesn’t explore, the unique theatrical space in which we could both catch, and lose our breath.

A co-production between PlayDrama and Zagreb Youth Theatre (ZKM), 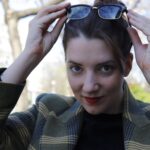