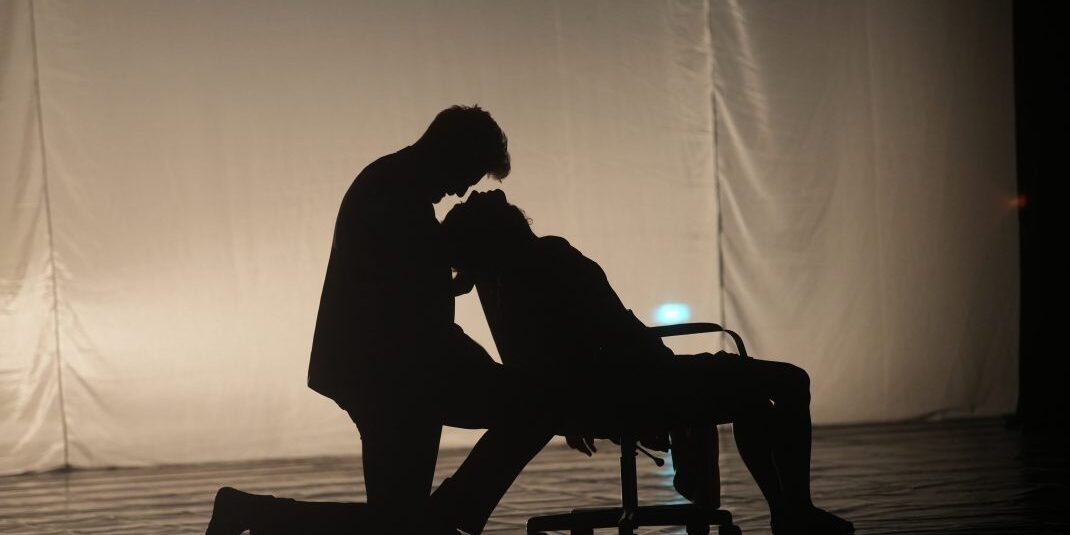 There are theater directors who perceive the stage as a canvas. Their instructions are the brushes, and the actors, set, costume, music and lighting are the colors. For them, drama is a sketch from which they make their paintings.

Nikita Milivojević is a director who pays more attention than most to beauty and seductiveness in a play. He sometimes paints on literary classics, from Greek tragedy to 20th-century writers such as Bulgakov, Strindberg, Ionesco or Andrić. However, he is most often inspired by Shakespeare’s work, to which he returns every year. In 2012, Milivojević was invited to represent Serbia at the Globe to Globe festival at Shakespeare’s Globe in London with his production of Henry VI. After the experience of the World Shakespeare Festival, Milivojević founded the Shakespeare Festival, which is held every year in Čortanovci, Serbia. This year, that festival, in co-production with four other theaters, hired Milivojević to direct Macbeth.

Bearing in mind that it is a drama about ambition and lust for power, Milivojević focuses on exploring the inner state of the main character. Macbeth is one of shortest Shakespeare plays, in which the plot flows quickly and excitingly; he shortens it further but also slows it down to create scene of psychological, oneiric and carnivalesque illusion. In his characteristic manner, Milivojević does not rely much on actors to explore psychological disorder, but instead tries to create stage pictures of Macbeth’s moral and mental breakdown. To facilitate this, Macbeth is played by three actors, while Lady Macbeth is played by as many as five actresses.

In the case of the first murder, we see two Macbeths clashing, one symbolizing conscience and the other representing ambition. At the beginning of the play, while the crime has not yet been committed and the protagonist’s conscience has not yet completely left the title role, Branislav Jerković portrays him in a measured and thoughtful style. After the crime, when bigotry and bloodlust rule over the protagonist, Pongó Gábor mainly takes over the role, and then Mészáros Árpád continues to depict the distracted and disillusioned Macbeth.

In the end, in the famous final monologue, when he regains his sense of reason, Jerković takes over as Macbeth again. This differentiation is less prominent  in the case of Lady Macbeth because her character is interpreted by more actresses. These same performers also represent the Danse Macabre group, which consists of death with a troupe of musicians. Like a leitmotif, this carnival passes through the stage on several occasions, which brings vanity and the lust for power into a relationship with the death drive. Such coalition renders our ambitions meaningless.

Elizabethan drama, which was frequently performed in daylight and without the lavish stage effects available to contemporary theater-makers, compensated for the lack of visual expression  with verbal allusion. The vivid textual descriptions in Macbeth are foregrounded. Three colors dominate: white, black and red. These motifs serve as inspiration for Milivojević – he paints his Macbeth in these lights. Macbeth is a drama that has been described as darkness framed by light. Accordingly, the stage is empty, with black and white curtains (set design: Nikita Milivojević and Željko Piškorić), and costumes in the same colors (Costumes: Jelena Stokuća). Only in a few of the costumes from the carnival of death and in the scenes of violence are there glimpses of red. But the color of blood will completely cover the stage by the end as the violence becomes more frequent.

Milivojević’s production sometimes gives the impression of incompleteness. At the beginning, a young couple is watching TV (it will later turn out to be Malcolm and Lady Macbeth). During this time, the actors who play the character of Macbeth enter the stage as if someone pushed them, as if Macbeth begins his story reluctantly. This is certainly the case in the play where the bloodthirsty ambition in Macbeth is initiated by the three witches. They can sometimes be interpreted as a reflection of transcendence or as a repressed unconscious, but in this production the witches are represented in the form of a television. To the familiar sounds of the news credits of Radio Television Serbia, Macbeth will hear the prophecy. This can be interpreted as the modern media encouraging the lust for power, but later there are no indications that would further confirm such a thesis. Maybe the young couple are watching Macbeth on TV? Maybe it is a comment about the violent content of TV programs? But what impact does it have on them, what does such a framing achieve? There is a lack of explanation for these choices, but concrete, explicit commentary on the contemporary world is usually absent in Milivojević’s work.

Due to the constant playing with light and shadows, and the choreographed relationship between the characters, the musical interludes and symbolic scenes, the production can sometimes feel fragmentary in nature. For this reason, this dreamlike setting of Macbeth, which can seem tiring at times, requires an increased dose of concentration on the part of the audience in order to be able to follow the continuity of the plot. Also, the constant changes of scenes, the use of many technical theatrical devices and the establishment of the atmosphere of a psychological, dream-labyrinth may lead us to think that some deep, hidden meaning of the play is escaping us. This need not be a concern. Milivojević regards the beauty of stage expression as a purpose, not as a means to reach a profound meaning. This should not be seen as a criticism. His productions should be experienced as romantic poetry in which the melodiousness of the rhymes, the sound of the words and the rhythmicity of the verses often overpower the meaning of the content.

The experience of Milivojević’s theater is similar to the enjoyment we get from listening to musical poetry or watching an exhibition of a skilled painter. He delights with his search for a dynamic and beautiful scene. He moves along the paths of his unique imagination and rewards anyone who follows him with a beautiful theatrical landscape.