Boban Aleksoski: “As artists, it’s our job to unite people” 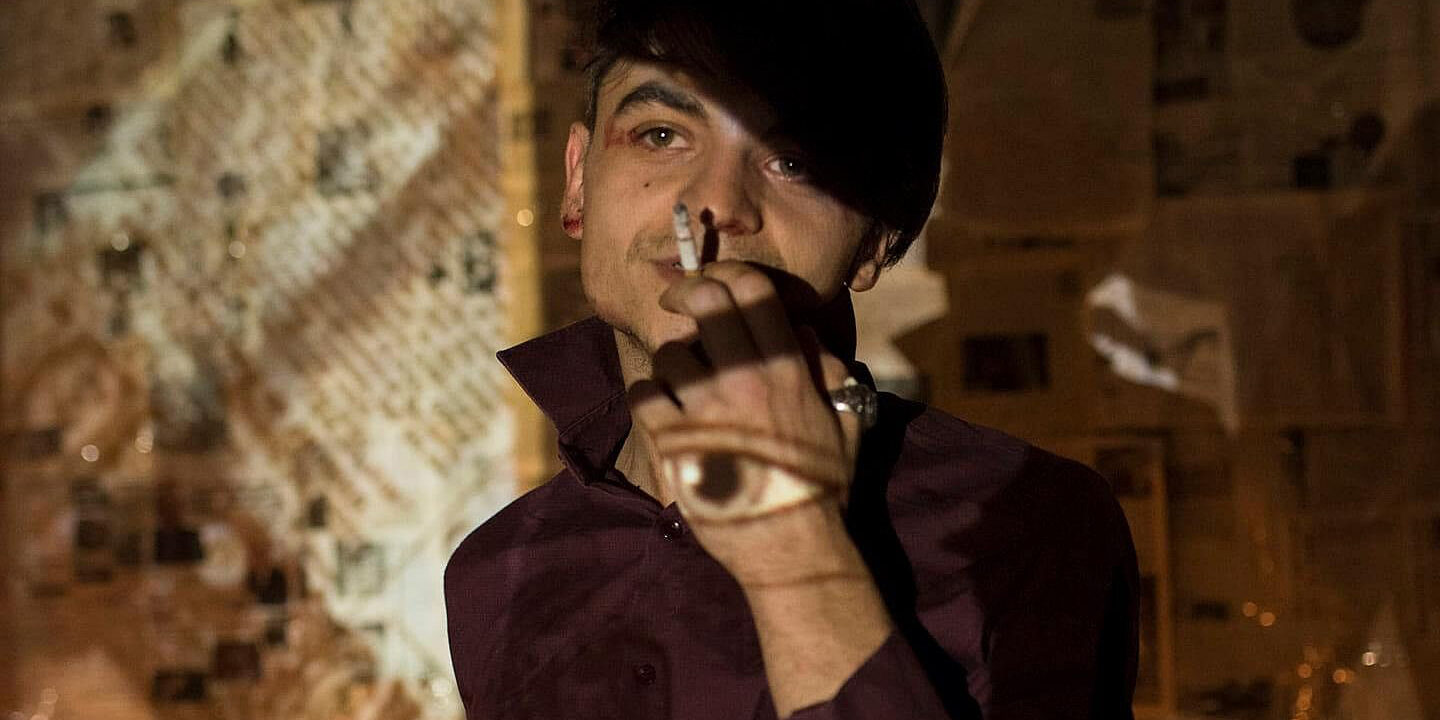 Co-founder of theatre company Zlaten Elec, Boban Aleksoski is best known to audiences for playing the role of Aksentie in Diary of a Madman. He talks about the challenges of working as an independent artist in North Macedonia and of founding a theatre company during the pandemic.

Ivanka Apostolova Baskar: This month marks two years since you founded Zlaten Elec. What were your motives for forming an independent theatre company?

Boban Aleksoski:  Our goal was this: work, rehearsal, performance. There are a lot of unemployed people in [North Macedonia] and our main motive for our opening the company stemmed from that. There was no space and possibility for young artists [in our country], so we thought: let`s do this together.

Of course when we first opened, we couldn`t know that everything would be closed because of Covid-19. By chance, we were the first to open the theatre season in July 2020 with our inaugural premiere. The events that came after that were an additional motivation to keep working. My colleague, the actress Nadica Petrova and I formed this association with artists who wanted to work independently. The programme depended on the idea of young artists reaching out to us and also to projects that we otherwise wouldn`t have a chance to make if we didn`t have Zlaten Elec. It is important to work constantly and keep moving forward.

Ivanka  Apostolova Baskar: The local theatre scene in North Macedonia is composed of nepotistic groups and political parties who employ their own people in the theatres – given this context, how do you create work with Zlaten Elec?

Boban Aleksoski:  With Zlaten Elec, the life of the play after the premiere is the most important thing for us. We try to keep our productions alive, as much as possible. It`s a real shame for a play to be born, only after the premiere to die. We see this happen a lot in our country and we try to stay away from that.  We finance our plays with pocket money, sponsorships, or from the Ministry of Culture. Depending on the work we do, we also choose the venues of our performances and guest appearances.

Ivanka  Apostolova Baskar: You have collaborated with talented young directors like Gjorgji Rizeski and Ana Bateva – how have they influenced your craft?

Boban Aleksoski: I learn from them and they learn from me. I have worked with Gjorgji for a long time, since our academic days, so we know each other and how to communicate with each other. Working on a monodrama is a very different experience from working on a collaborative play with other people.  When I work alone I focus on my inner world and there`s only me and the director, and when I`m working with colleagues, it`s more about connecting and finding the balance on stage.

My experiences with the independent scenes are very diverse and creative. In Bulgaria it is quite different from North Macedonia; when Ana came here to direct I realized that. They have larger audiences and more support for artists than we have here. Since monodrama is a form that depends on you alone, it is a very different experience from working on a collective work in which the whole performance does not depend only on me. Honestly, I have more anxiety in a collective performance than in a monodrama. For me, [monodrama] is a training session, through which I am upgrading myself as an actor.  This is one of the main things I enjoy as an actor – I can`t describe it exactly, but it`s quite magical.

Ivanka  Apostolova Baskar:  Diary of a Madman, Gogol, Guy De Maupassant, House of Ghosts .- why do these topics, authors and stories appeal to you, both in relation to the zeitgeist in North Macedonia and the zeitgeist in the world?

Boban Aleksoski: I feel theatre as an art form has the task of teaching, of making you question everything within politics, of making you critique and explore life and human emotions. Unfortunately, [in North Macedonia], we have politics and parties within the theatres, inside the creative process, right inside the repertoires. For independent artists, the main thing is to be able to work within our profession. As artists, we have to unite the people, to return to some normality with our themes and stories. Theatre as an art form is moving forward with its ideas and the fourth wall is breaking. It’s time for the performers and the audiences to use that and look for truth in art. That is why I use all these themes in my monodramas and why I feel deeply connected with what the authors – Gogol, Lu Xun, Guy de Maupassant – wanted to say.

Ivanka  Apostolova Baskar: What is your relationship with and opinion with the media in North Macedonia? Is the role of the professional theatre critic in crisis?

Boban Aleksoski: There is no theatrical criticism in Macedonia, with the exception of a few who work professionally, and for them we`re grateful. The media is always interested to share information about us, but we don’t pay for any news about us; we are not working for popularity or status but for the sake of making art. Reporters reach out to us and we reach out to them if necessary.

Ivanka  Apostolova Baskar: How important is it to you to perform at festivals? What do mean for your professional career?

Boban Aleksoski: I have played two times at festivals outside our country and both times I have returned with awards. It means a lot when people understand your play even though you are speaking on another language. In March we will play in Turkey with Ana Bateva`s  Hat, Chocolate, Anus and Something Else and in Ruma, Serbia with Woyzeck, a performance directed by Tamara Stojanoska. I`m looking forward for more festivals experience and I can`t wait! Meeting new people, new cultures, new cities have always been a challenge and a blessing for me. It`s nice when you come back with a prize, but the experience there and the time spent with the team are the things you remember for a lifetime. 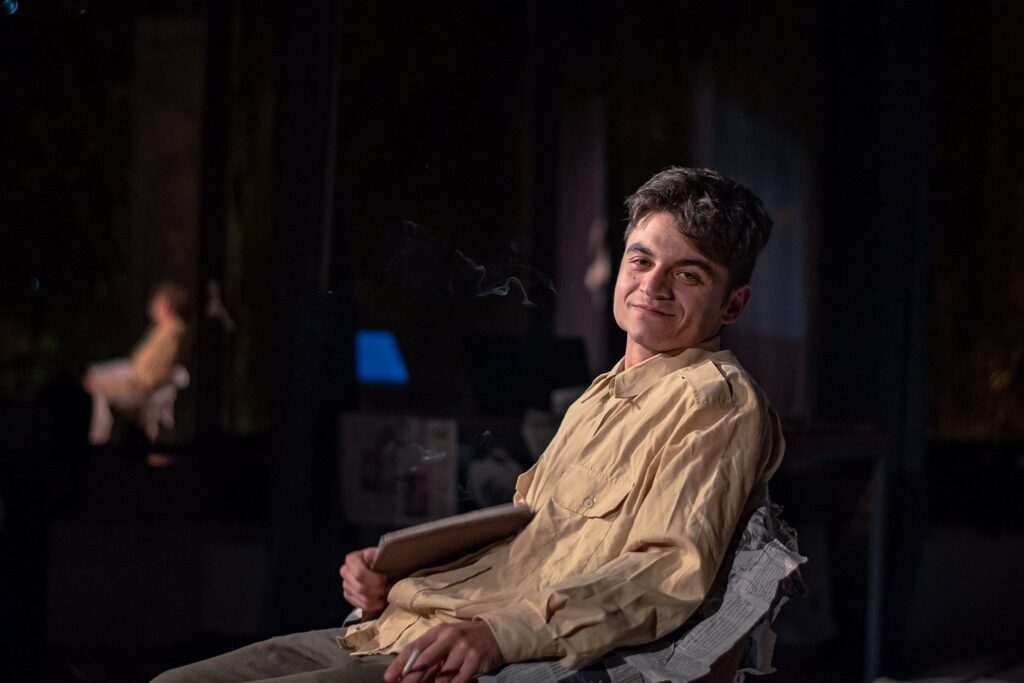 Ivanka  Apostolova Baskar: What is the domestic theatre audience like in North Macedonia – how do you communicate with them?

Boban Aleksoski: My character Aksentie from Diary of a Madman works very closely with the audience; he looks them straight in the eye and speaks to them like he’s having an everyday conversation. I must say that so far the audience has ben very open, some of them talk back to me, as if they are trying to understand the character, and I feel they are in the story with me. During one particular performance, an audience member jumped from his seat and came in to hug Aksentie.

With the character I`ve been out there with audience and I feel that they are listening to me and I am forever grateful for every audience encounter that I`ve had so far. Those who find it difficult to communicate with me, or don’t like the explicit scenes, sometimes they leave the show, or watch from a distance. But much of the time I instantly sense who will talk with Aksentie, and who is too closed-off for that. But, fundamentally, our audience is changing for the better and I am happy about that.

Ivanka  Apostolova Baskar: Have any of the national theatres in North Macedonia invited you to collaborate or to propose a project to them?

Boban Aleksoski: It`s really rare for any of the state theatres in this country to invite us to perform. I feel that the all the casting happens behind closed doors. I was only invited to the Drama Theatre Skopje for two plays, and only one of these was realized.  And now, in addition to my work for TV Kanal 5, I perform revivals of  The Diary of a Madman, pt.1 and pt.2, Hat, Chocolate, Anus and Something else, and, as a producer, I will appear in Zlaten Elec’s new performance which premieres in March at MNT who kindly gave us a venue for our play Greta, which is directed by Tamara Stojanoska. My next roles for 2022, in the independent theatre, are Blasted by Sarah Kane, Don`t Look Back in Anger and House of Ghosts.

Ivanka  Apostolova Baskar: As an actor – and a person – how do you cope in the antagonistic artistic environment of North Macedonia?

Boban Aleksoski: Lately, I am trying to rule out the negativity that comes from within this society and that affects my mind within this profession. I think it is absurd to live every day in this way; to complain while not working towards good things. I want to look at things positively. I love my profession more than anything and I work for my art every day. For me, that is the most important thing. I am constantly supplementing myself mentally and spiritually with all my acting duties at home – in books, TV series, movies and literature – with a stick in my mouth for the diction (he smiles).

In 100 years I say I would do the same again, because this is a way of life for me. Even if I am born a hundred times, I would want to live it again. 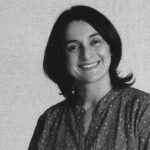