The FemArt festival has been showcasing feminist performance and art in Kosovo for nine years. Fatlinda Daku talked to its founder and participants about why the festival was created and why it still matters.

For nine years, the FemArt festival in Kosovo has presented a diverse programme of feminist artistic and cultural work that promotes and advocates for equal rights, solidarity, and peace.

It began in 2013, with the aim to intensify the discussion, highlight issues related to feminism in Kosovo, and urge close cooperation between Kosovo women and women from the wider Balkan region in promoting gender equality and peace-building.

Over the years, the FemArt festival has evolved and has continued to present, via an array of different artistic forms, the experiences of living in – and the damages done by – a patriarchal society. The festival doesn’t only present these things, its mission is to destabilize harmful status quos and structures in the region. It provokes and challenges its audiences and seeks to create change. But change does not happen in one day. Especially in the Balkans.

“There has always been a lack of women’s narratives,” says Zana Hoxha, founder and director of FemArt. As a theater director, Hoxha has always had a feminist perspective in her work. Her goal has always been to create art that relates to the reality of Kosovo, to the traumas of war and post-war life in Kosovo society, which she calls ‘‘a society in transition’’

‘‘I reached a point where I saw that dramaturgy, whether Kosovar or world dramaturgy, lacks contemporary women’s narratives and the challenges that women face.’’ and she felt the need to do something about it, and to use art to do so, to create a feminist arts festival.

Looking back over nine editions of FemArt, she says that she did not have the right support to begin with and it was very challenging for her and her team because feminist art was often not seen as ‘real art’’. This did not stop her. It only encouraged her to work harder to promote gender equality through FemArt.

FemArt is not only a festival for women, though this misconception persists. Every year the number of men in the audience and participating in the performances is growing, sending a clear message that gender equality is not just ” a matter of women ” but a concern of everyone.

When the festival began, the audience was 80% female, but over time this has changed and now they have around 65% female audience and 35% male. This year’s edition, which goes under the title of ‘‘F … Sexism’’ has seen that number increase.

Hoxha feels this proves her point that the public can be educated systematically, and though results are not immediate, today compared to nine years ago there is a much higher awareness about the contribution that women make in every sphere of life. 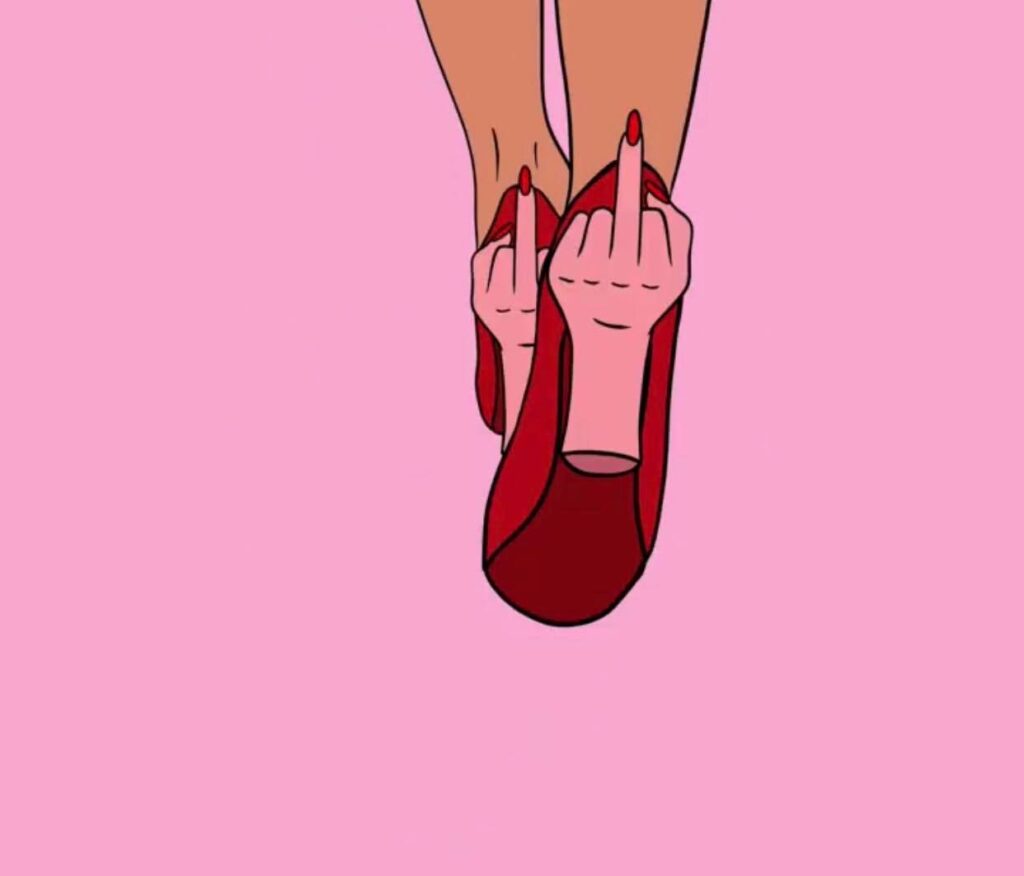 The 9th edition of Femart was a call to action – for women reclaim their public space and to make it safe for them. Catcalling remains pervasive in Kosovo. This edition, in my opinion was probably even more successful than the other editions, because of the impact of the covid-19 pandemic. The performances consisted not only of live theater, but also video performances, murals, and podcasts, all of which were broadcast in virtual forms. This diversity of performances has enriched the FemArt artistic programme even more.

One of the pieces on this year’s programme was a poetic-recital video performance entitled Marigona Does Not Embroider the Flag Anymore by the artist known as Ms. Indefinite.

This performance dedicated to Marigona Osmani, the 18-year-old from the city of Ferizaj who was brutally killed by being physically abused for two days in a row by her partner Dardan Krivaqa.

This performance is both a reaction and an objection to the negligence of the prosecutorial and judicial system in the country, to the justice system of the Republic of Kosovo and to the patriarchal aspect of Kosovo society that results in femicide.

The allegorical artistic message of the video performance is that the death of Marigona will remain open at the court in Ferizaj until the imposition of life imprisonment on her murderer.

“Metaphorically depicting the connection between the symbolism of Marigona embroidering the flag and the murdered Marigona embroidering wounds, through the national anthem dealing with the death of a martyr in intonation, transformed into a poetic-recital feminist anthem for the martyr of institutional and social injustice, as a performative artistic expression, in revolt and reaction as pressure on the Court to impose the maximum sentence, as well as raising collective awareness of injustice and a call to raise our voice against the murder of women,” Ms Indefinite explains.

The podcast as a safe space

Podcasts were the ‘it’ thing during the pandemic for many artists as they were one of the few places where they could express themselves artistically. In this latest edition, FemArt released four episodes created by Uresa Ahmeti. These podcasts had various guests who discussed the power of art and its connection to our daily lives. The podcasts called for reflection on the current situation in Kosovo and at the same time tried to find answers to many current questions: where do art and activism meet? Can there be non-political art? How does art relate to our health? What has the pandemic done to us as a society? The podcast is a safe space to explore often complex subjects/

Ahmeti, a young writer, activist, and artist of conceptual performances, came up with the idea to create podcasts within Artpolis that are related to art. She started in 2020, with six episodes that dealt with many topics, but that all in one way or another intertwined art and feminism.

The episode about intersectionality proved so popular, Ahmeti was invited to a lecture at the University of Prishtina to discuss this topic and the podcast is now included in the syllabus of the ‘’Diversity and Gender’ class at the university.

“It has been amazing to see that the podcast is being valued as a legitimate tool of knowledge from which students can learn, especially given that the podcast has discussed a topic that is rarely discussed in the media,” says Ahmeti.

The podcasts this year were designed to make listeners reflect a lot on the impact of art in their daily lives, by pointing that art is everywhere, and even politics can be art and vice versa. We just have to look for it. As Ahmeti puts it, ‘‘art can also be seen as a as a therapeutic tool that can help us to raise our voice, but other around us as well’’

Since its inception, FemArt has been a space where you are provoked and inspired, a place where your artistic side and your activist side are both brought out. 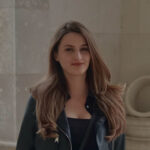