Theatres in Belgrade face a wave of cancellations and postponements as Covid-19 cases continue to climb.

Alice in Fearland, a new play by Eva Mahkovic inspired by on Lewis Carroll’s Alice in Wonderland and directed by Aleksandar Popovski for the Yugoslav Drama Theatre had been due to have its premiere on 15th January. But both this and its second public performance on 17th January were cancelled as a result of Covid 19 among the cast. The premiere will now take place later in the month.

This is one of a number of performances that have been cancelled so far this year in theatres across Belgrade as Covid cases surge. At the Yugoslav Drama Theatre, performances of Lorencačo on the 8th January, The Offing on 16th and 20th January, My Husband and Belgrade-Sarajevo via Zagreb on the 19th January Biljana Srbljanovic’s Belgrade Trilogy on 17th and 21st January, were all also cancelled.

The National Theatre of Belgrade has had to cancel a string of performances on dates throughout January, including Balkan Spy, White Coffee, Vuci i ovce, Illusions, and the ballets The Nutcracker and Queen Margot.

At Atelje 212, a performance of Slavna Florens was cancelled on 14th January, as well as the visiting production of Marius von Mayenberg’s Perplex from the National Theatre of Užice, which was due to be performed there on 17th January.

At Terazije Theatre, performances of Mamma Mia! and Cigana Lete u Nebo were cancelled on the 15th and 16th January.

The guest performance of Tosca by the Romanian National Opera from Timisoara at the Madlenianum was also cancelled because of illness among the company.

The Belgrade Drama Theatre repertoire, however, does not restart until February.

As with other countries in the region, Serbia has been reporting the rocketing Covid infection rates with some of the highest numbers of daily cases since the start of the pandemic – 11.248 positive cases were reported on 16th January – but new restrictions have yet to be imposed. A large new year eve’s concert and other celebrations were permitted to go ahead.

The Omicron wave has caused havoc for live performance in many countries. In London’s West End and on Broadway there have been numerous cancelled performances and postponed premieres. 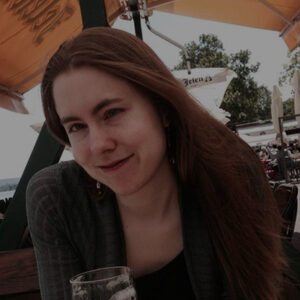