Yllka Gashi: “When you play a real person, it’s a huge responsibility”

You are here:
kosovo
Interview 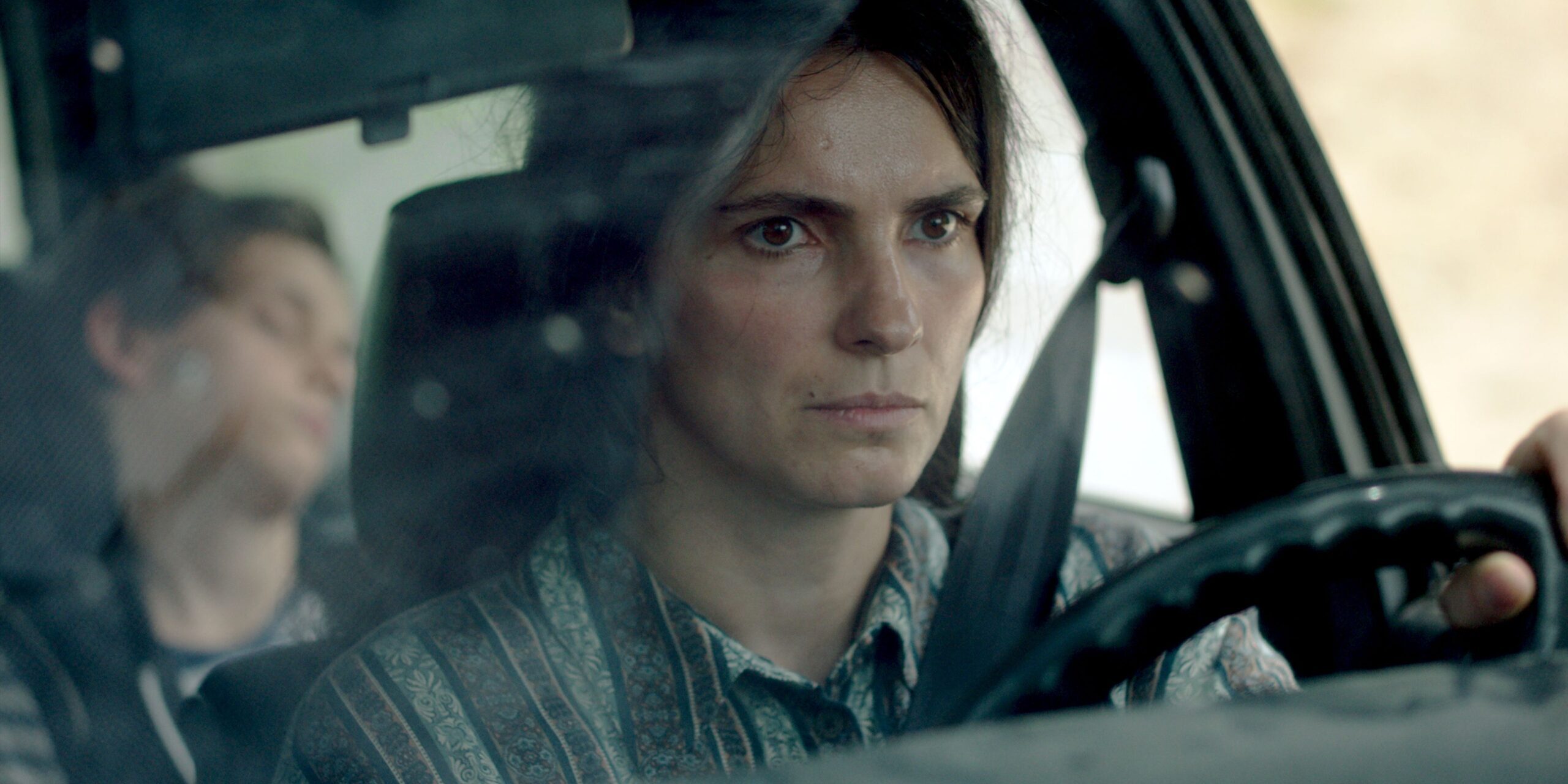 Now based in New York, but originally from Kosovo, Yllka Gashi is the star of Blerta Basholli’s acclaimed film Hive, based on the inspiring true story of Fahrije Hoti. She tells Natasha Tripney about the responsibility that comes with portraying a real person on screen and the women that inspire her.

Written and directed Blerta Basholli, Hive tells the story of Fahrije Hoti, whose husband’s body was never found after the massacre in Krushë e Madhe, and how she fought to survive and provide for her family, becoming an entrepreneur and supporting other women in a similar position while also dealing with her own grief.

Natasha Tripney: When did you first hear of Fahrije’s story and how did you go about portraying her on screen?

Yllka Gashi: I had seen Fahrije on TV a lot, she was the organizer of the protests that were being held weekly for missing people from the war. And I was a customer of her ajvar. So I was both a fan and a customer of hers! When Blerta said: we have to go and meet her, and maybe, if she’s interested, she might give us the rights to make a film about her, I got super excited.

Natasha Tripney: As an actor, what do you need to consider when playing a real person?

Yllka Gashi: When you, as an actor, portray somebody who is alive, a real person, it’s a huge responsibility, because you want to honour them, but you also want them to like you and to approve of your performance. When we met, I took notes, I studied her attitude, the way she speaks, the way she handles herself. Then I watched a lot of documentaries about her. Her background was like an open book, because she was always open and telling her story and the story of the other widows of Kosova.

Making films that are based on true stories is always a little bit tricky. With Fahrije, we could have made seven films, because she has been through so much. But we had to focus on a particular moment in her life to make this film. When Blerta was writing she was sharing things with me so I knew all the things that were taken out of the script. And those things helped me as an actor, because I had a better feeling about how I was supposed to portray her.

Natasha Tripney: It strikes me that one of the film things the film does very well is to convey the labour – both physical and emotional – of what she’s doing. It shows you the work that these women put in. How did you convey this labour and the strength that she has?

Yllka Gashi: I had to carry bags of peppers for so many days and work with heavy things. It was physically a bit exhausting, of course, but it was part of the character, so I didn’t mind doing it. As Albanian women, we have seen our mothers work all of their lives. My mom had an office job, and then she still she would work a lot in the house. I had that example in front of me. That feeling that the audience gets is important [because] in the beginning, these women’s labour was very physical; they didn’t have the machines, they didn’t have the nice factory that they have now, so they did everything by themselves. They carried the peppers. They bought the peppers. [They did] everything that goes into the making of ajvar. I’ve seen my mom make ajvar – I know what it takes to make even a few jars!

Natasha Tripney: Are there any particular memories that will stay with you from making this film?

Yllka Gashi: There are so many. I felt so powerful, playing Fahrije, and being quiet, but still resilient and strong. In the first scene that you see in the film [when Fahrije looks at human remains in an attempt to identify her missing husband)] it a very hot day when we shot that, that scene, and I didn’t know that inside the bags, they put real bones. Animal bones. And it was horrifying. But that helped me so much. I don’t think that that particular shot is the one that you see in the film, but that helped me so much to just to think about: how do you deal with something like that? How hard is it for these people who have been through these things, and to go and see the bones of somebody that you love and somebody that you miss? How tragic is that? And how do you overcome that?

It made me respect her even more because she did that so many times. She went and dealt with those kinds of situations. She’s such a strong woman. I mean, I was seeing animal bones, and still I got emotional, and it was a bit of a trauma. But she was going to look for the bones of her loved ones, her husband and her cousins and her in-laws. And she did it a lot of times. How strong do you have to be to do that? 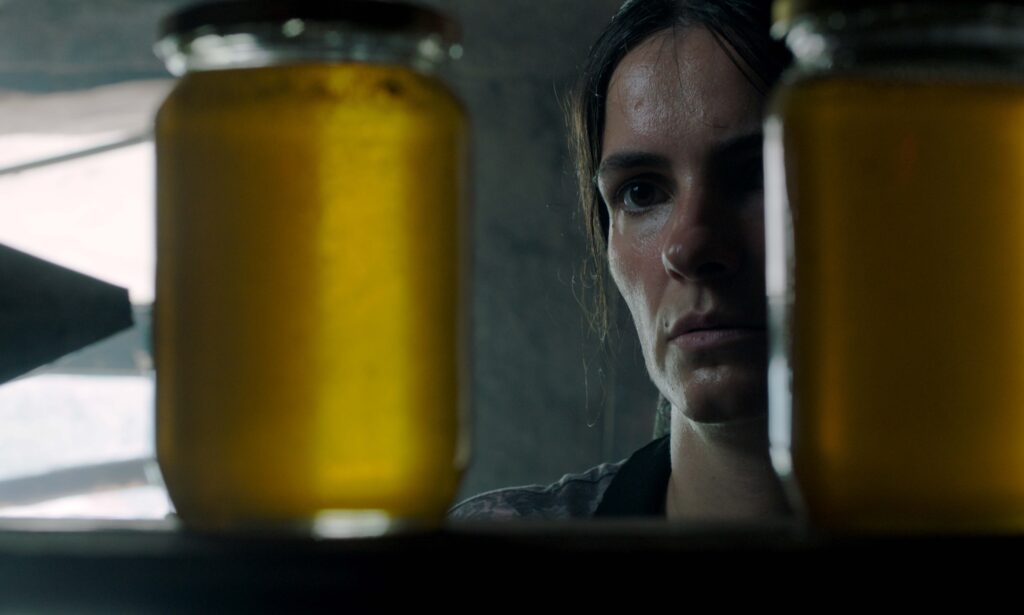 Natasha Tripney: How easy is it to talk about these things, the people still missing, and the impact on those left behind, in Kosovo society?

Yllka Gashi: The consequences and the traumas that the war leaves on society need time to heal. Fahrije, and other people from other villages, their families were massacred, they have been through so much tragedy. There have been documentaries and talk shows where people would tell their stories but we need to do more for ourselves to heal from these things from the past and to get smart enough not to let the history repeat itself. If you do not learn from something that has happened to you, you repeat mistakes or you make yourself vulnerable to go through that experience, or something similar, again in the future.

Natasha Tripney: The film has won multiple awards. It made the Oscar shortlist. What does this means both to you as a performer and to the wider film industry in Kosovo?.

Yllka Gashi: 2021 was the year that Kosovo films shone. There have been a lot of films made by female filmmakers – including The Hill Where Lionesses Roar and Vera Dreams of the Sea – with interesting, authentic stories, and they went to festivals, they got awards, the film critics loved them. It’s been a beautiful year. Hive had an amazing journey everywhere it went. That’s rewarding. You feel good as an actor, especially as somebody who had the lead role; it’s a pleasure because you feel like you matter, like your works matters. We are in a good place in Kosovo right now and I hope we hold this position and continue to share interesting stories, our stories.

Natasha Tripney: Tell me a bit about your entry into acting. What drew you to performing in the first place?

Yllka Gashi: I always knew I was going to do something in the arts. I was an exceptional student and, when I was younger, I used to write short stories and publish them in newspapers and magazines of that time, which were all illegal in the 90s, when anything in the Albanian language was illegal.

Right after the war ended in Kosovo, I saw an announcement about an audition at the National Theatre with David Gothard from England, who came with Vanessa Redgrave to do a festival. I was 17, and I didn’t have professional experience, but I went to audition. And I got the role of one of the three Ophelias in their contemporary production of Hamlet. I learned that this is what I want to do. I want to be an actor. This  became a sacred profession for me. I was accepted at the Faculty of Dramatic Arts at the University of Prishtina and I started to study acting. Not enough films were being made in Kosovo at that time, so I got work in theatre and TV.

Natasha Tripney: What role did theatre play at that time in people’s lives, after the war?

Yllka Gashi: I was very young at the time, so not always aware of things. But, with Hamlet, for example, we toured. We went to Macedonia and to Albania and different theatres in Kosovo, so different people saw the play and the theatres woke up, for the lack of a better word, because right after the war, a lot of theatres were not still working. And with Hamlet, going to those theatres, they opened up, with Hamlet being played there – they started working and made their own productions.

Natasha Tripney: Which women inspire you, both as a performer, and in your life?

Yllka Gashi: My mother was always my muse because she’s very strong and smart and she has been through so many things in her life and overcame them with stoicism But also all the female theatre and film workers I ever worked with, I find them very inspiring, because we were raised in a society in which a lot of things were not meant to happen for women. If you were an actress, sometimes people would think that you had loose morals because you had to play these things that for a close-minded society, were not that easy to absorb. When I saw other actresses do things and be brave and be trailblazers, that was inspiring, and that took courage.

Hive is released in the UK on 18th March. For more information, visit Altitude.film