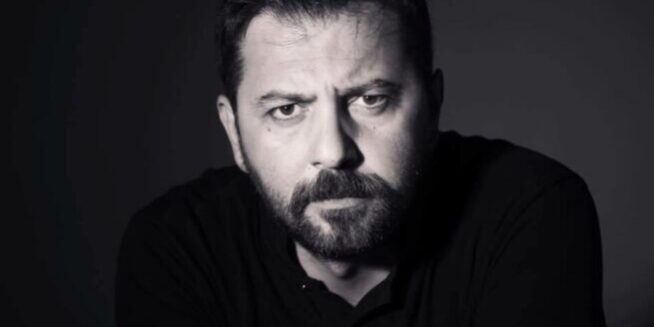 Kosovo’s National Theatre has a new director in Kushtrim Sheremeti, but the path to his appointment has not been an easy one and may not be over yet. Flamur Dardeshi explores the background to the recent announcement.

The Ministry of Culture of Kosovo has named actor Kushtrim Sheremeti as the National Theater’s new director. The artist community reacted positively to the news, as TKK now has a director who is also an artist and contributor to the theater scene.

The official selection was announced on 28th February, but the information was made public some days before. The initial – non-official – spread of this appointment led to reactions and debates among citizens, artists and people involved in politics.

“The TKK Board has given Sheremeti the highest rating, after the completion of the competition and the interviewing of the four candidates” Koha reported on 16th February. (The Board of the National Theater of Kosovo consists of: Shkurtë Aliu, Armend Smajli, Ben Apolloni, Gresa Pallaska, Rebeka Qena, Visare Aliu and Brikena Mulliqi).

The news did not appear to please everyone though, including Haki Abazi, a member of parliament from Vetvendosje, Kosovo’s ruling party. “I publicly distance myself from the selection of Kushtrim Sheremeti as director of the National Theater,” Abazi said, describing Kushtrim Sheremeti as an extortionist. “Years of extortion and degradation of values have not happened by themselves. There were both creators and implementers of the agenda, but also beneficiaries,” Abazi said.

Abazi’s statement on Facebook was accompanied by two screenshots from the selected director’s profile, in which the elected director stated his disagreement or opposition to the VV party.

Abazi appears to have been searching into ‘the archives’ in order to reflect Sheremei’s political background, and he specifically targets Sherementi on these criteria – even though this has nothing to do with the theater.

This was enough for the artists to the politicization of the selection of a cultural
institution’s director.

Playwright Jeton Neziraj has described Abazi’s reaction as political. Neziraj states that “ruling party militants” should not interfere in the selection of the director of the National Theater by influencing the Minister of Culture.

“LVV militants should leave the Minister of Culture alone to do his job,” said Neziraj on Facebook, emphasizing that the selection of the director of Kosovo’s National Theater is not a subject for party forums, parliamentary groups, or ‘militants.’ 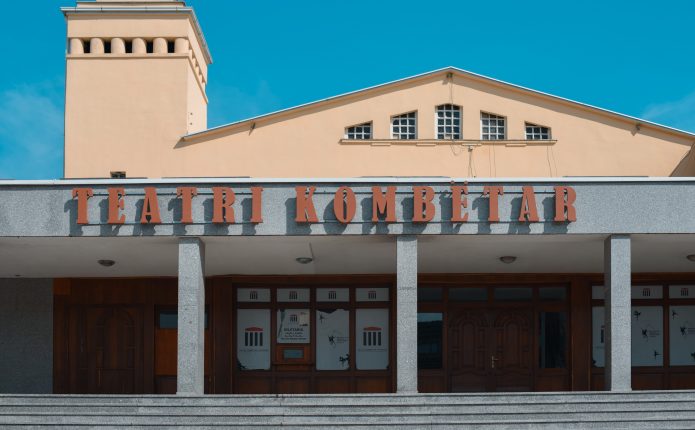 The National Theatre of Kosovo

Since Agim Sopi’s term ended on 18th January, 2020, the National Theater of Kosovo has been without a General Director. Since then, three director selection competitions have been organized, the most recent of which is now finished.

No competition for a new director was held until December 2020, due to the pandemic as well as the country’s political condition. The competition officially began on 27th December and candidates had until 10th January, 2021 to enter. Following the selection, Naser Shatrolli, an MCYS employee, was named director in March 2021. However, after an appeal by the opponent, Blerim Krasniqi, the verdict was overturned two months later. Kushtrim Sheremeti, the other candidate, had similarly accused the process of being corrupted by political intervention.

The next competition took place for two weeks, from 13th-27th November 2021,
but it was again cancelled. This year, the competition was open from 8th-22nd reigniting disputes and confusion around the director’s selection.

When the news broke on 16th February, two days before the Vetvendosje MP and the Ministry of Culture responded, the Koha contacted Sheremeti, who did not deny that he had been chosen, but said that: “He refuses to disclose his plans as the head of the National Theater of Kosovo, on the grounds that he will do so once the entire process of his appointment is completed.”

The Ministry of Culture took some time to make – or at least to announce – its decision, and it turned out that the “rumour” concerning the director of Kosovo’s National Theater was not that much of a rumour after all. It’s hard to know if Sheremeti would still have been appointed the director of TKK today, if the Ministry has been influenced by political pressure, or if the artists would not have reacted all.

And, after all this, the appointment is not yet official. There are still “administrative” procedures” to be completed before they sign the contract with him. So, while he is ‘appointed’ the process is not over. He could still be refused the post.

Further reading: Interview with Adrian Morina – “I hope Kosovo can be more open-minded towards artists.”