Mother Courage and Her Children

You are here:
Germany
Reviews 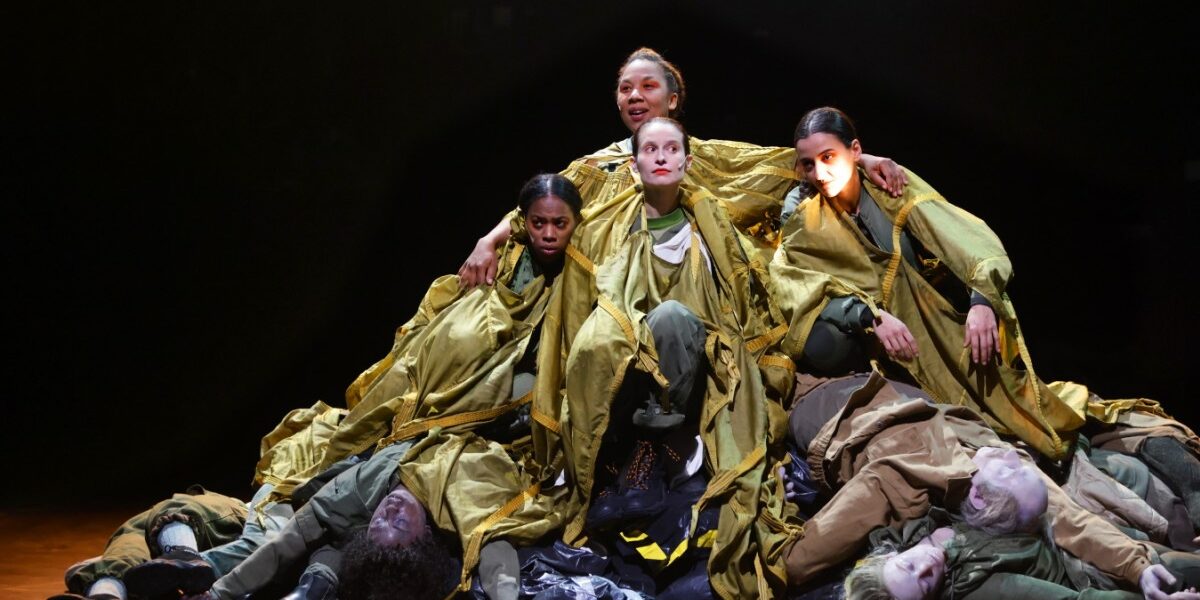 The expectations were high. Oliver Frljić, the Croatian director known for his brave and uncompromising approach to both theatrical texts and political issues, took on Bertolt Brecht’s iconic play Mother Courage and Her Children at the Maxim Gorki Theatre, which is located in firing range both to Brecht’s former home venue, the Berliner Ensemble, and the embassies of Ukraine and Russia, the locations which most obviously represent the ongoing war in Europe.

Because Frljić has his own personal experiences of war in the former Yugoslavia – unlike most German artists and theatre makers, who feel tempted to create their own artistic commentaries on the atrocities of war – nearly everybody who cares about theatre was holding their breathe.

But, after approximately one and a half hours, the air which left our lungs sounded, regrettably, closer to a moan than a sign of being shaken or impressed. The disenchantment was overwhelming.

This was the result of two decisions of the recently appointed co-intendant of the Gorki Theatre. Both were very reasonable and valid. But tragically they only produced setbacks. Frljić’s first decision was to rotate his all-female ensemble. In each of the scenes there was a new Mother Courage. In the beginning it is Abak Safaei-Rad, who interpreted Courage as a kind of mother goddess, at first hidden in a big textile cloud, and then enthroned on the top of a fabric mountain, with her children as spirits populating the lower parts of this mountain.

In the next scene Safaei-Rad switches to the character of preacher and, briefly, also the main military leader, while the role of Courage is taken on by Cigdem Teke, who moments ago was playing a war-loving sergeant. With the next scene comes another rotation, and so on. This evokes the notion that war fragments perception, shatters identities, and destroys contexts and coherency. If Frljić wanted to depict the fact that, in war, everybody’s role changes, from perpetrator to victim and vice versa, he has truth on his side. But his choice also means that the dramatical journey which Courage undertakes in Brecht’s original setting, her movements and her struggle, are completely disconnected. We are left watching a news programme about war, with ever-changing yet somehow strangely familiar protagonists.

A few moments stand out. In one, Maryam Abu Khaled, a former member of the Freedom Theatre in Jenin, Palestine, and since 2016, a member of the so-called ‘exile ensemble’ of the Gorki and now a regular member of the theatre, starts to sing in Arabic Brecht’s “Song of the Great Capitulation”, resulting in dark clouds of grief and sorrow appearing on the stage and spreading into the audience.

Frljić and designer Igor Pauska’s other big decision is to fill the stage with life-sized bodies. There are corpses everywhere. They are used to make fires to warm those still living.  While this image represents war quite authentically, at least according to the stories people from East Ukraine are now telling, on the stage it creates an overload of horror, which, from the distance of comfortable seats, transforms into some sort of splatter-show and travesty. It also has the result of making the performers act as undertakers, because they constantly have to move the bodies.

Maybe a week more of rehearsal would have made the actions more meaningful and would also have given more space for individual artistic expression. But at the premiere, the six actors still seemed stuck in a performance boot-camp, where individuality has to disappear.

In the second remarkable moment, Safaei-Rad, as the preacher, and Yanina Ceron, as new Mother Courage, discuss quite happily that war never ceases, and that although there might be some island of peace, war always prevails, and, with it, the business of war. When the war machine starts again, it will have eternal momentum. In this Frljić and Brecht obviously agree. And all the wars, from Ukraine and Syria to Yemen and Mali, Libya and Myanmar confirm this. The war machine continues to roll and to roar, digesting people as it goes.

This is something we, as news consumers, already know. This Mother Courage unlike the original, born in the still war-infested Berlin of 1949, did not add a new emotional or intuitional layer of understanding. Maybe we as an audience are too hardened to be touched anymore. But it is more likely that the director pulled the wrong strings in his illusion machine.

At the end he could not avoid the temptation to expose some of the flaws of his performers: Over the loudspeakers came the voice of Helene Weigel, the famous Courage of 1949. Her voice was warm and at the same time clear, full of life and filled with emotion, blatantly different to the voices of the actors of our times, which were amplified by microphones and loudspeakers. If Frljić wanted to show how boring political theatre is when it preaches then he completely succeeded. This production is a low point in the German career of an otherwise highly-valued director.

Further reading: Oliver Frljić interview: “Theatre is what happens in the minds of the audience” 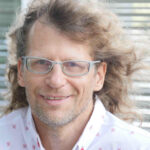