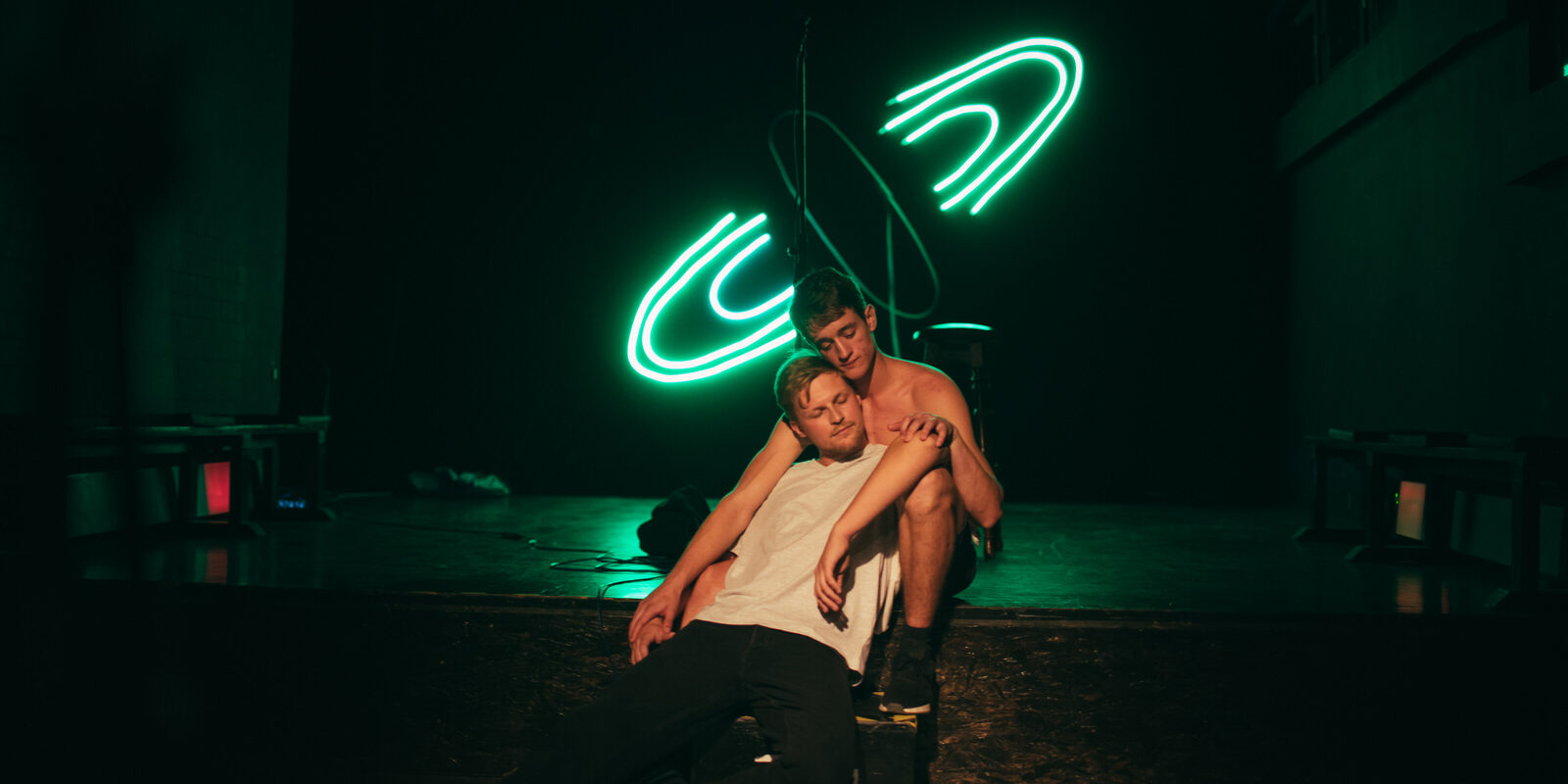 “I got hooked on war like on heroin.” This is the opening line of Dino Pešut’s Bombardment (Granatiranje), It tells the story of two gay men, Miloš (Luka Knez) and Rudi (Marin Klišmanić), who met one night in the 90s during the war somewhere on the ex-Yu territory -it’s not specified which country because it doesn’t matter – wherever it is, war brings devastation, pain and suffering.

Directed by Judita Gamulin, who has previously worked with Pešut on his text H.E.J.T.E.R.I. at Zagreb Youth Theatre, does a beautiful job with Bombardment making minimal interventions to it.

It’s performed at KunstTeatar, a small stage perfect for hour-long intimate plays such as this one. It is a ‘right person, wrong time’ kind of love story or perhaps it is better said in the play: a short Balkan version of the film Call Me By Your Name. The mention of the film refers to the age difference between the two – at the time of their first encounter Miloš is 17 while Rudi is 29. The casting of the actors works ideally: Knez fits the younger Miloš with deer-like features and big soft blue eyes and thin legs, while Klišmanić embodies Rudi’s older and scruffy appearance and superficially cool persona which easily crumbles in moments of emotional excitement such as falling in love.

The protagonists meet in a techno club, a recurring theme in romantic stories, seeing the ‘one’ in the crowd of other people dancing and drinking. The audience is seated next to the walls of Kunst’s small stage, utilising as much space for performance as possible (I’m guessing around 20 people could fit in per performance). The scenography is very simple in contrast to the colourful lighting used mostly to resemble a techno club where our couple has their meeting.

The chemistry between Knez and Klišmanić in their performance is subtle and sweet – there aren’t any kisses or strong physical touches performed on stage, only described/said by the two of them while the sexual tension among the characters is shown in the way they stand close to one another, so close they can feel each other breath on their skin. There isn’t a moment of dialogue between the two of them until the very end of the play, so their story/ies are told by both of them individually which gives the audience a better insight to each of their personalities, lives and the most interesting aspect: their impressions of each other. All the feelings and thoughts they had the moment they met one another, them doubting themselves and the other too, the entire palette of emotions that one experiences when falling in love at first sight.

However, their first meeting doesn’t really go to plan; instead of an erection and passion, there’s hugging, tears and fear of dying alone in the bombardment that has commenced in the night. Rudi runs away, starts his writing career abroad while Miloš graduates theatre directing and stages female plays and characters due to the fact, as he says, “at that time, there weren’t any gays”; writers or characters to stage.

From that moment the play takes quite a pessimistic turn, not because of their separation – we’re aware of their reunion 20 years later in Berlin – but because of the serious, dark tone and the heavy issues which are discussed – the aftermath of war, the vicious circle of paranoia, violence and death from which human kind can’t seem to escape. Wherever our protagonists go, the war followed. It became a part of them, their identity and their art. They win awards for their work, but the trauma from it still haunts and hurts – the wounds are open and fresh, even after two decades.

This hopelessness and despair is suddenly interrupted by a bottle of water being hurled from backstage against the wall next to where the actors are standing. A woman, played by Iva Kraljević, enters a stage, dressed in a black suit with a stern look on her face. She’s the author’s persona made manifest in a female actress so “at least one woman earns some money from this play”.

The actress gives off a serious impression, almost authoritarian in the role of the Author with her firm posture and deep voice. Choosing to be presented on the stage as the other gender strengthens the ironic and self-critical approach the Author has of him/herself. She enters the stage like a grenade, perhaps the same one which has once interrupted protagonists love story but this time with the different goal – to bring them back together.

But before we go back to Miloš and Rudi’s second first meeting, the audience witnesses the Author’s “explosion of ego” for which s/he later apologizes. The instant s/he shows up on the stage is the moment of crisis, the love story is intercepted with the Author’s doubts with the text and direction in which it will go. Turns out, there’s been 20 years of text brewing inside of him/her trying to find a way to bring Miloš and Rudi together again, give them a happy ending while also meeting with the audience’s expectations. 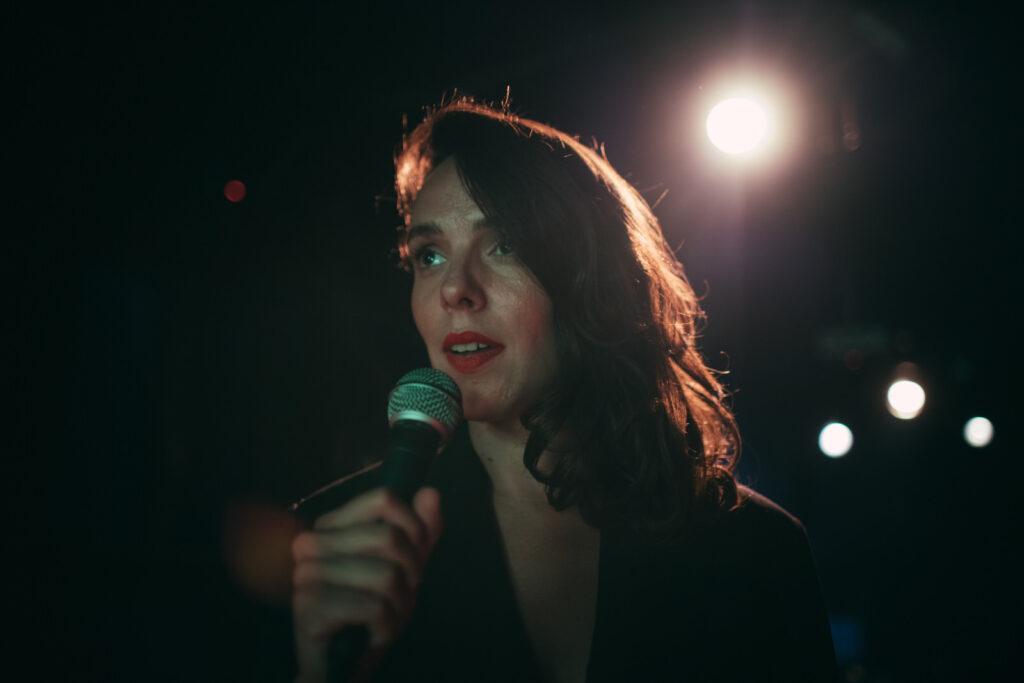 The play is much more than a love story – in a way it’s the Author’s self analysis of his own
identity as an eastern, post-war, gay writer while also trying to deal with traumatic experiences brought by the war with writing this play. Therefore, the author is highly present in the play but perhaps in a different form than expected. In Jungian sense, as if it’s his Anima that manifested on stage, a perhaps more intimate part of his self. This is not to say that the love story between the two isn’t good enough to be staged but its value is in the number of complex social issues it discusses and uncovers. More than once the Author touches on the subject of money in the context of artists’ position in today’s economy, their near-inability to earn enough solely from creating art.

This struggle is contrasted in relation to war and its profiteers, the repercussions it has for people, most of whom will never heal because after the destructions of war – “it’s always the buildings that are being restored, not the people for humans are nothing more than meat”. The Author notices how during the war the most prominent words are “we” and “our”, exposing nationalistic ideology and its discourse. So, instead of “we” and “our”; s/he chooses “you”, “me” and “us two” – in contrast to war stands love.

Another word which is stressed during the play is “tomorrow” which is linked to future, hope, better and new but also anxiety, insecurity and unknown of what the next day will bring. Whatever does come in the end, tomorrow is all that is left in order to keep moving on. And after 7300 tomorrows, our couple meets again for the first time in a techno club (again) in Berlin; they finally introduce themselves to one another and have a short dialogue. The lights  and music are slowly turned off, an image of the happy couple laying in each others arms and behind them the Author ending his/her play. This time Orpheus and Eurydice succeeded in reuniting in spite of everything they’ve been through.

The significance of the play lays in the idea or concept of staging which all three characters mention at least once during the performance. This mantra of imagining a stage works as a psychoanalytical method of sublimation – writing a play and staging it as a therapeutic way of dealing with one’s trauma while also having the same effect on the members on the audience, to at least some degree. Bombardment does this remarkably without being pathetic or overly dramatic. To some extent it initially seems emotionless in the actors’ performances. However, the lines are powerful and heavy enough as they are that adding any more emotion to it would be redundant.

Further reading: What a Way to Make a Living: The rise of feminist dramaturgy in the Western Balkans 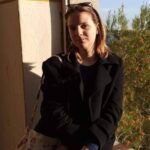 Nora Čulić Matošić (1998) is a student of Comparative Literature (MA) at the Faculty of Humanities and Social Sciences in Zagreb. She has written theatre criticism for the Croatian radio programme Theatralia and web portal Kulturpunkt.hr. Besides theatre, her interests are other forms of performing arts (particularly dance performances) and film.

Nora Čulić Matošić (1998) is a student of Comparative Literature (MA) at the Faculty of Humanities and Social Sciences in Zagreb. She has written theatre criticism for the Croatian radio programme Theatralia and web portal Kulturpunkt.hr. Besides theatre, her interests are other forms of performing arts (particularly dance performances) and film.