Despite climbing numbers of Covid-19 cases and new restrictions, the Talia e Flakës festival, intended to promote Albanian drama, was held in Gjilan, Kosovo, over six-days in January.

The festival is part of the National Manifestation “Flaka e Janarit” (The Flame of January) that is held in Gjilan with the aim of promoting art, culture and national heritage. “Flaka e Janarit” first started in 1991 and it is a cultural  festival that is held at start of the year. It opens with the symbolic ‘lighting the flame’  and encompasses various cultural activities, taking place  from 11th to 31st of January each year.

Before the opening ceremony of lighting the flame, participants pay homage to the nation’s martyrs and visit the Kosovo Army barracks. The festival is an attempt to combine history and the concept of nation with culture and art, bringing art closer to the people.

Opening with a production by Ilir Bokshi, the festival featured four performances. There were six performances in the initial schedule, but three troupes were unable to perform as a result of the the pandemic. In the end, The Giants, by the Gjilan Theater, Aroma of the Moon by the National Theater of Kosovo, and GOF by the Metropol Theater of Tirana, were shown in accordance with the program.

The play 5 Days King by the Andon Zako Çajupi Theater from Korça cancelled its participation due to the new anti-COVID-19 measures imposed by Kosovo, which have made it more difficult for foreigners to enter the country.

Awards were handed out at the end of the festival. The Giants won the award Best Performance, as well as the awards for Best Director for Ilir Bokshii and Best Scenography for Bekim Korça Best Costume Design fr Vesa Krajas. 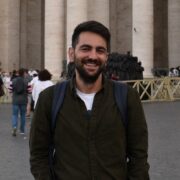