You are here:
Darija Davidović lives and works in Vienna. She is a theatre scholar and PhD candidate at the Institute for Theatre, Film and Media Studies at the University of Vienna. The topic of her research project is the negotiation and representation of the Yugoslav wars of secession in Serbian and Croatian contemporary theatre.  She examines how theatre can oppose revisionist images of the war past and how it functions as artistic means to examine and recuperate forgotten aspects of the war past. She has been also involved as activist in many feminist and antifascist projects and campaigns in Germany and Austria. Tanja Šljivar: “Laughter is a natural response to the absurdity of the world”

Playwright and dramaturg Tanja Šljivar discusses her new play about teenage pregnancy, her upbringing in Banja Luka and writing her debut novel about her time at the National Theatre Belgrade

Zlatko Paković: “Theater is a matter of radical imagination”

Zlatko Paković, the director of Srebrenica. When we murdered rise on his artistic process, Ibsen, Brecht, and the relationship between institutions and the imagination. 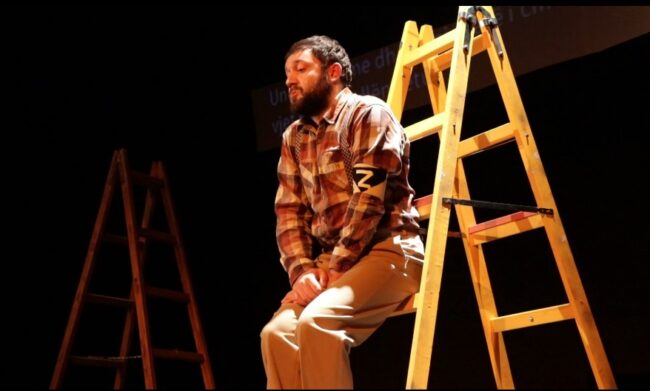 Theatre is a memory machine – mapping history from below

On the marginalisation of Roma people on stage and in the wider world, and the role theatre can play in addressing genocide and as an archive of social memory.